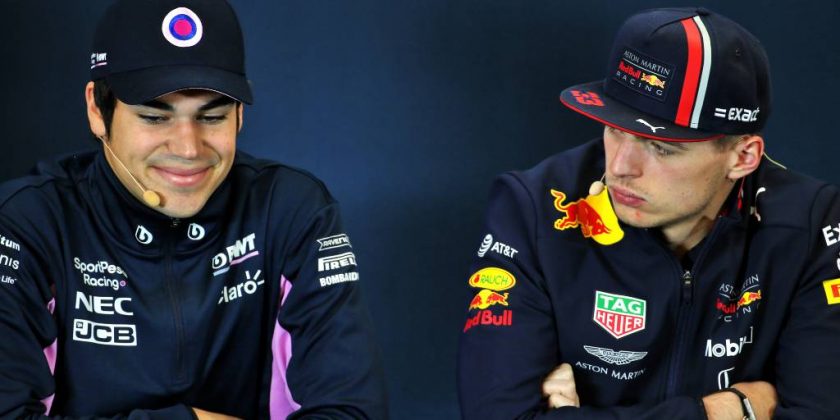 Max Verstappen has admitted the words he used in a rant against Lance Stroll after their Portuguese Grand Prix FP1 collision were “not correct”.

Without actually apologising or specifically saying he regretted what was said, the Red Bull driver insisted he “never intended to offend anyone” with the language used towards his Racing Point rival over the team radio.

The two cars made contact at turn one in the Friday afternoon practice session with Stroll coming off worse as he spun into the gravel, although the FIA stewards did not apportion blame to either driver more than the other or impose any penalties.

“I never intended to offend anyone, that’s never what I wanted,” said Verstappen during the Red Bull team press conference on the eve of the Emilia Romagna Grand Prix weekend at Imola.

“It happened in the heat of the moment. When you’re driving at such speeds, things like that can happen. I don’t say the words I chose were the right ones. I also know they are not correct.”

Imola, it's good to be back 😍 #ImolaGP 🇮🇹 #ChargeOn 🤘 pic.twitter.com/ItuMybkoVm

Following the incident, both drivers were called before the stewards to give their respective versions and Stroll said at the time that they had cleared the air.

Verstappen, a week later, concurred with that view and insisted that such moments on track are quickly brushed off when the protagonists are back in the paddock.

“Of course I was swearing at Lance, but I saw him straight away after,” said Verstappen, who went on to finish third in the race at the Algarve International Circuit behind Mercedes pair Lewis Hamilton and Valtteri Bottas.

“That’s what racing drivers are – we can be angry at each other, but within five minutes when we talk to each other and look each other in the eyes it’s forgotten.

“I think sometimes things get a bit heated up from the outside. I never meant to hurt anyone in particular, so I don’t think they need to make it bigger than it is. I can’t change it, but of course you learn from it and we’ll do better.”

It is understood that Verstappen was spoken to by his team about the offensive language used in Portugal last weekend, with team principal Christian Horner saying Red Bull “don’t condone” the remarks.

Horner added: “They were made in the heat of the moment when emotions were running high. Max didn’t mean to cause offence.”