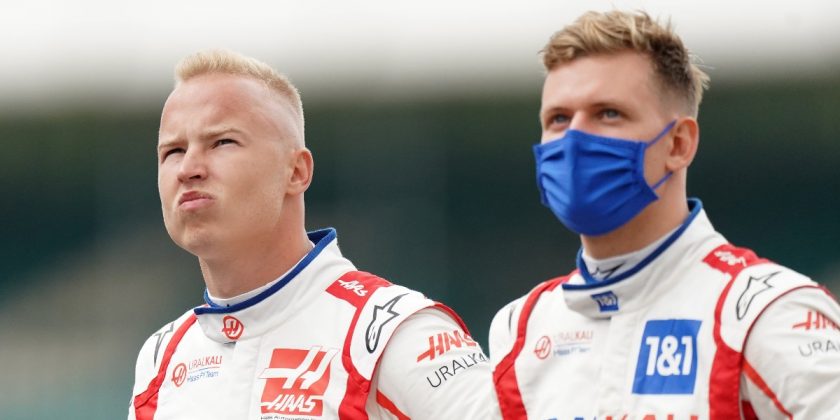 Clearly Guenther Steiner’s pre-Monza chat with his rookies hasn’t paid dividends with Nikita Mazepin having a go at Mick Schumacher’s need for “protection”.

It is fair to say all is not well at Haas with Mazepin and Schumacher butting heads as they fight over 19th place.

Given the Haas VF-21’s lack of competitiveness, the team-mates have spent most race weekends fighting amongst themselves, and slowly but surely the tension – and probably frustration – has mounted.

It reached fever pitch at the Dutch Grand Prix when Mazepin hit out at Schumacher for not adhering to trying to overtake him in qualifying.

Saying that he doesn’t “like people who are cheeky”, he added: “As long as I drive in Formula 1, I won’t tolerate that.”

Come race day it was Schumacher who was irked with his team-mate’s opening lap antics, accusing him of pushing him “to the wall, and basically pushes me to go into the pit lane”.

While team boss Steiner tried to quell the growing unrest, Schumacher’s uncle – former F1 driver Ralf Schumacher – shared his thoughts on the matter, and unsurprisingly they weren’t in favour of Mazepin.

“One gets the feeling Steiner tends to protect Mazepin,” Schumacher wrote in his column for Sky.

“I can’t say exactly why, but maybe it’s because his father is investing a lot of money [into Haas] or even already owns shares. Dropping Nikita during the current season is not an option, however, because Mazepin brings a lot of money into the team.

“In my opinion, financial interests can be the only reason why the team boss keeps putting himself before Nikita. If you look at the Russian’s performance, this cannot be a reason in relation to Mick. Besides, the sympathy and marketing effect is better with Mick.

F1 TV are offering PlanetF1 readers 10% off both monthly and annual subscriptions! ! In order to claim this fantastic discount, click the following link and use the promo code PLANETF10 at checkout!*

*The offer ends at midnight on September 12 and excludes Netherlands

“At Monza, I hope there will be no further problems between the two. But if everything goes normally – even at the start – Nikita won’t be near Mick anyway.”

Told of Schumacher, Ralf’s, comments, Mazepin said it felt like more a case of Mick Schumacher needs protection from his family.

He said, as quoted by GPFans: “There is a very interesting phrase regarding opinions in the English language to do with that.

“To me, I obviously respect opinions because everyone has got them but it just seems like he is obviously protecting his family.

“What can I say? If his family needs protection in Formula 1 then I am more than happy to listen to those things.”