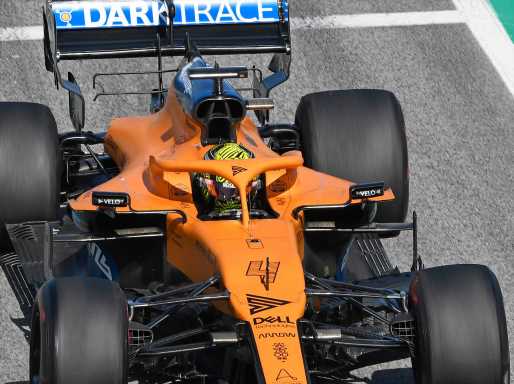 Andreas Seidl reckons McLaren can take the fight to Renault at this weekend’s Italian GP while taking points away from “Racing Point and Ferrari”.

Last time out at the Belgian Grand Prix it was Renault who emerged as best of the rest behind Mercedes and Red Bull with Daniel Ricciardo and Esteban Ocon fourth and fifth on the day.

McLaren unfortunately only got one car onto the start grid, never mind to the chequered flag, with Lando Norris seventh.

His team-mate Carlos Sainz didn’t make the start as an internaal engine issue damaged his car’s exhaust, forcing him back into the garage.

With this weekend’s Italian Grand Prix taking place on a similar circuit to Spa, one that requires horse power and low downforce, Seidl is expected to see similar pace from the teams as shown at Spa.

“I think we were not far off to fight the Renaults,” the McLaren team boss told Motorsport.com. “We expect them also to be very strong in Monza, because they were also strong there last year.

“But if we just look at ourselves, the pace of the car was quite encouraging, and we could take points away from the Racing Points and from the Ferraris.

“We are back in P3 in the Constructors’ Championship which is good.

“Looking ahead, it is good to see we have a car that we can fight with all these teams around us.

“As we have seen it will also depend on track characteristics and layout, but it is good to be in this fight and to have a car and two drivers where we can take up this fight.”

Anyone got some salad cream? pic.twitter.com/9Fwuzr0WyT

McLaren has scored 68 points from the first seven races, putting them two points ahead of Racing Point while Ferrari has 61 and Renault 59.

“We still do not have enough samples [to say if we’re third-quickest],” Seidl added.

“I still think that the Racing Point is definitely the third-strongest car in the field. Then there’s a very tight battle in the ranking between the Ferraris, us and the Renaults, I would say.