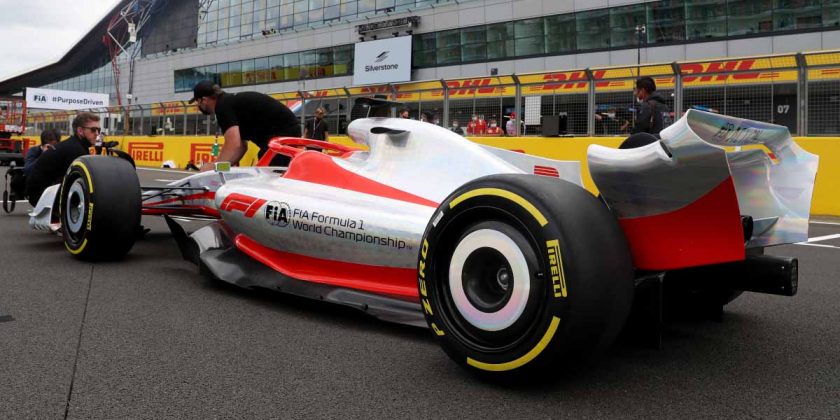 McLaren technical director James Key expects “very high” levels of development in F1 in 2022 as there is “still a lot to learn” about the new cars.

The teams have been hard at work preparing for the new technical regulations in Formula 1, which will see the cars change radically in how they look and with the intention of creating better racing.

Mercedes team principal Toto Wolff has predicted no team is likely to be a second ahead of the field as has been the case after previous regulation changes, with the Silver Arrows having been comfortably the dominant car in 2014 and Brawn having stolen a march on the pack in 2009.

But even if that is the case, Key expects the field to be closer together in terms of performance levels by the time 2023 comes around, with the cars expected to be more similar as “trends” are identified with the best design solutions.

There is less leeway than before regarding car designs, with F1 introducing the new regulations in the hope of improving racing with the grid being more competitive, and the McLaren technical boss expects the performance gap to level out more quickly than the previous iteration of cars.

“I think the development rates are likely to be very high,” Key told Motorsport.com.

“I think with these rules it will even everything out quicker than what we have now, just because there are so many different things to do on our car there is always a different solution and a new way forward.

“I think it will be a little bit quicker in 2022 to start bringing the teams closer together – although it won’t necessarily be this year, maybe it might be 2023.

“But I think there’s still a lot to learn. Everyone has to do it with the 2022 cars, we have to correlate the data on track and see what we’ve all done.

“There could be real changes when you look at everyone else’s cars. We have to see how you perform against the others and find out the strengths and weaknesses and in that respect, we are all the same.

“That will cause a lot of leaps in development and ideas as we go through the first half of the year. After that, that will come down to the parts of each car.

“I suspect things for 2023 will be similar because the teams will have identified some trends and that means the cars will be more similar.

McLaren will be launching their 2022 F1 challenger on Friday February 11 with Aston Martin, Mercedes and Ferrari having also confirmed their unveilings at the time of writing.