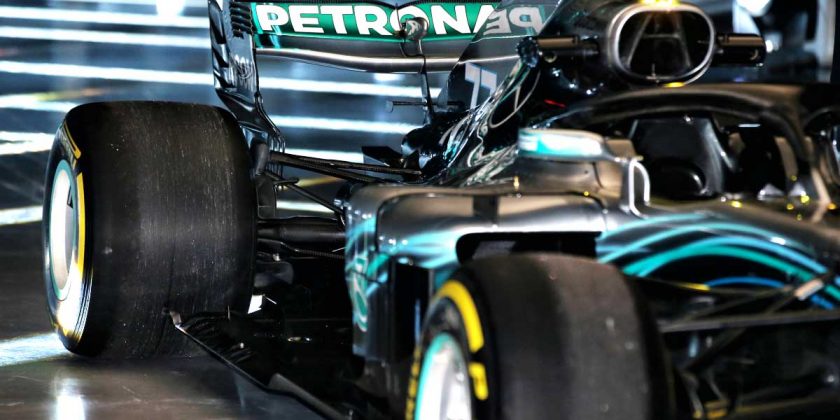 Mercedes have become the latest team to announce the launch of their new car, with the W13 set to be unveiled on Friday 18 February.

The team posted on social media to confirm the news, and the full name of the car will be the Mercedes-AMG F1 W13 E Performance – which will be their challenger for a ninth consecutive Constructors’ title.

Having raced in a black colour scheme for the past two seasons, a report in late December claimed that the team will be reverting back to their traditional silver livery for Formula 1’s new era.

Mercedes had already teased a glimpse of their new car at the beginning of January, with a video posted on social media of the team firing up its 2022 power unit for the first time.

George Russell will be at the team for his first season as a full-time Mercedes driver, having moved from Williams to replace Valtteri Bottas with the Silver Arrows.

He said that he’s already preparing for the most “intense” season of his life, given the added pressure on his shoulders both on and off track.

“I think 2022 will be the most intense year of my life in terms of racing schedules, but also from an off-track and marketing side of things,” Russell said, as quoted by Autosport.

“Going from Williams, where I have been pretty fortunate in a way not having to do so many marketing activities just because of the nature of the position we’ve been in, to Mercedes where we’ve got tons of sponsors and lots of commitments that drivers need to attend to.

“This will be also off the back of COVID, when for all the drivers and all the teams next year it is all going to ramp up – because the partners have missed out on 18 months’ worth of activation.”

Whether or not Lewis Hamilton will be launching the car is yet to be confirmed though, with the seven-time World Champion’s future still not certain – despite having signed a new two-year contract to take him through to 2023.

He has been publicly silent since the events of the 2021 season finale in Abu Dhabi, and team principal Toto Wolff said it would be an “indictment” of the sport if Hamilton chooses to retire following the controversy.

The FIA’s internal investigation into the decisions made in Abu Dhabi is now underway, with the findings set to be presented by 18 March, in time for free practice in Bahrain at the season opener.

Aston Martin and McLaren have also confirmed their car launches, which will take place on 10 and 11 February respectively, while Ferrari will unveil their new car on Thursday 17 February.

The first pre-season test will begin at the Circuit de Barcelona-Catalunya on Wednesday 23 February, with three days of running for the teams before heading to Bahrain for another three-day test between 11-13 March – the weekend before the 2022 season begins.