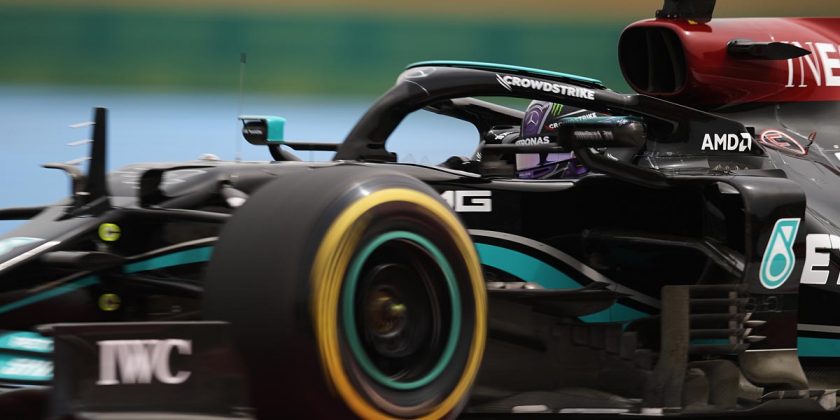 Mercedes have held their hands up and admitted they were at fault for not changing Lewis Hamilton’s strategy at the French Grand Prix, as he lost out to Max Verstappen.

Hamilton had taken the lead at the first corner after his title rival went too deep at the start, but the two duelled throughout an absorbing race at Paul Ricard.

Verstappen mirrored what Hamilton had done to Red Bull to win the Spanish Grand Prix, as the Dutchman took an extra pit stop and hounded down the win on fresher rubber, eventually passing the Briton on the penultimate lap.

Verstappen had also managed to undercut the Mercedes after pitting first and overhauled a three-second gap prior to the pit stops. After Hamilton’s frustration and tyre complaints, he retorted by saying: “Let’s make sure we undercut them this time.”

However, both Mercedes cars stayed out and Valtteri Bottas was also audibly angry at the decision to complete a one-stop strategy with an expletive-laden radio message after being passed by Sergio Perez in the final stages of the race.

Mercedes chief strategist James Vowles came onto Hamilton’s team radio after the chequered flag had dropped and said: “This one is on us. Thank you for doing everything you could to recover that race. You drove incredibly well.”

How good is this championship battle? 🙌#FrenchGP 🇫🇷 #F1 pic.twitter.com/mzdpiq9pQW

Team principal Toto Wolff added that the team need to learn their lessons after being beaten at Paul Ricard, telling Sky Sports F1: “First of all, [there is] lots to learn because we need to understand – I mean, [Red Bull] are doing phenomenal out-laps – why did we misjudge the undercut is maybe something we need to look at, but it’s only to improve.

“[The race was] back and forwards, we were in the lead because Max made the mistakes. It was a bit inherited.

“And then, our pace was good and we had maybe a little bit of a margin even, we had just about three seconds’ gap to protect the undercut, but it wasn’t enough. We were lacking a second and there was somewhere we lost it.”

With Verstappen also having taken the fastest lap of the race at Paul Ricard, Hamilton’s deficit in the Drivers’ Championship now stands at 12 points heading into the first of two races at the Red Bull Ring.