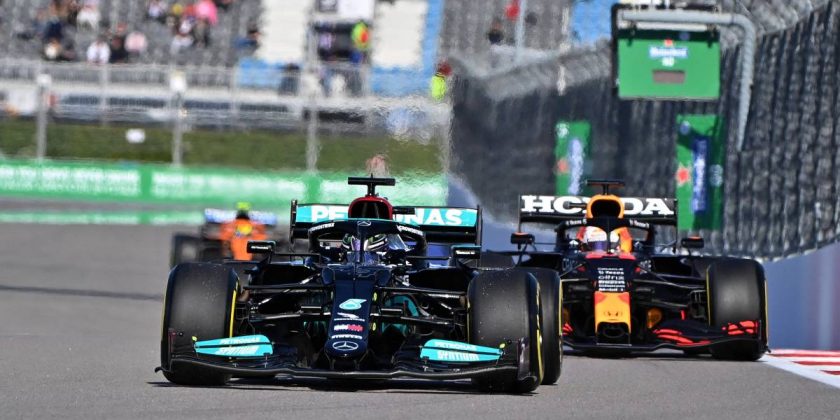 Mercedes technical director Mike Elliott does not feel the team were in crisis at the start of 2021, after regulation changes slowed them down compared to 2020.

The team were the dominant force throughout the Covid-interrupted season, producing the sport’s fastest ever car in the W11 with innovations such as the DAS [Dual Axis Steering] system that caught rivals by surprise – which have since been outlawed.

Changes for 2021 cost Mercedes what they estimated to be around a second per lap on raw pace, with changes to aerodynamics and the car floors forcing them to make up a performance deficit.

It looked as though Red Bull were comfortably the faster team during pre-season testing in 2021, but Mercedes were able to claw back their early apparent disadvantage to take victory at the season opener in Bahrain via Lewis Hamilton.

Elliott denied that the team were in “crisis” mode at that point, and were simply running their testing plan as normal.

“To be honest, I didn’t think we were as far off as the times suggested,” Elliott said, as per Motorsport-Total.

“The problem with winter testing is that you don’t know who is running what fuel and what programmes they are doing. I don’t think we had a crisis last year because the car is a disaster and we need to fix those things.

“I think it was the usual things you go through to get to grips with the tyres, to find out what the optimum set-up is for the car and how we can get a bit more out of it.

“To be honest, the whole season has been a bit like that. How do you find those little extras that keep giving you little advantages?”

Testing is traditionally a tough time to assess how the cars match up to each other on track, due to the process of sandbagging by either not running optimal engine modes or on high fuel, to hide their true performance before the season starts.

But despite their early deficit, Elliott said Mercedes were able to catch up quickly on their development.

“It’s difficult to know what the other cars are doing, what their aero development is like and how they find something,” he elaborated.

“But we found that after we put up with the rule changes, we had a really steep development increase, which is what you’d expect when the car is really troubled.

“Our bigger problem was more that the development levelled off quite quickly. With our competitors, I don’t know if they were less affected or if their development gap was just a bit bigger than ours.”

The 2022 regulations “dwarf” everything that has come before in terms of changes in the sport, and team principal Toto Wolff does not think a team will be well clear of the rest of the field come Bahrain in March – expecting close competition at the front.