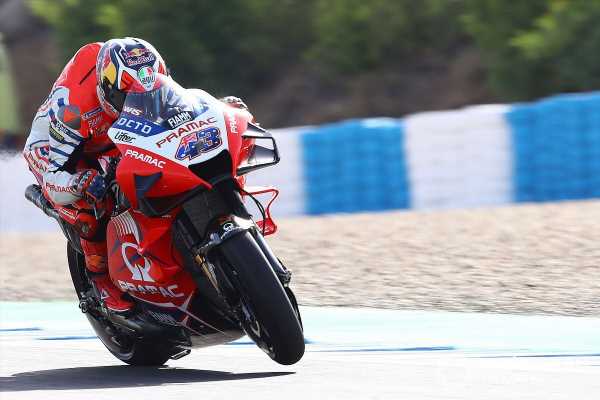 Pramac Ducati rider Jack Miller says he lost a potential podium finish in the MotoGP Spanish Grand Prix because of the “numbness” he suffered in his hand in the second half of the race.

Miller, who will step up to a factory Ducati ride next season, spent the first 19 laps of the 25-lap Jerez race inside the top three after making a strong start from fifth on the grid.

He ran as high as second behind eventual race winner Fabio Quartararo after passing the struggling Yamaha of Maverick Vinales on lap nine, and held the position until the Spanish rider repassed him some 10 laps later.

Miller dropped to fourth when a recovering Marc Marquez passed him on lap 20, and although he gained the place back when Marquez crashed two laps later, the Australian was finally denied the final podium spot by works Ducati man Andrea Dovizioso.

After finishing fourth, less than a second in arrears of Dovizioso, Miller explained that the problems he experienced with his throttle hand left him a “sitting duck” late on.

“The biggest issue I had was some numbness in the hand with maybe 12 laps to go,” said Miller. “I think it has something to do with the position on the handlebar. From then on, I was a little bit of a sitting duck.

“My tyres felt great, the bike felt great. It was a shame I just lost a little bit the feeling of the grip and I was not able to be as smooth on the throttle towards the end of the race.

“We will take the fourth position today, some important points in the championship and then come back here next weekend with a clearer picture in mind now that we’ve done 25 laps.”

He added: “It was a shame that I couldn’t turn the grip the way I’d like to in the latter stages of the race to really try and stay with Maverick, let’s say, because Maverick only just finished in front of me. But I don’t think I could have followed Fabio, he had some pace today.”

Miller said he felt the characteristics of the Jerez track played a part in the problem, which he admitted he also experienced during last year’s Spanish GP.

“It’s to do with this track, you’re always sort of outside of the bike,” Miller explained. “With modern MotoGP bikes, we all hang half a hand off the end of the [handlebar] grip anyway on the outside when you go through a right-hand corner.

“And I feel that hard bit and as soon as I put my hand back on the grip to where it would be going through a right-hand corner, I could feel the tenderness in that part of my hand.

“On the left-hand corners it was not a drama, braking was not a drama. I thought in the past it could have been an issue with the arm pump, but I think it’s more to do with the way I’m hanging on to the to the handlebar itself.” 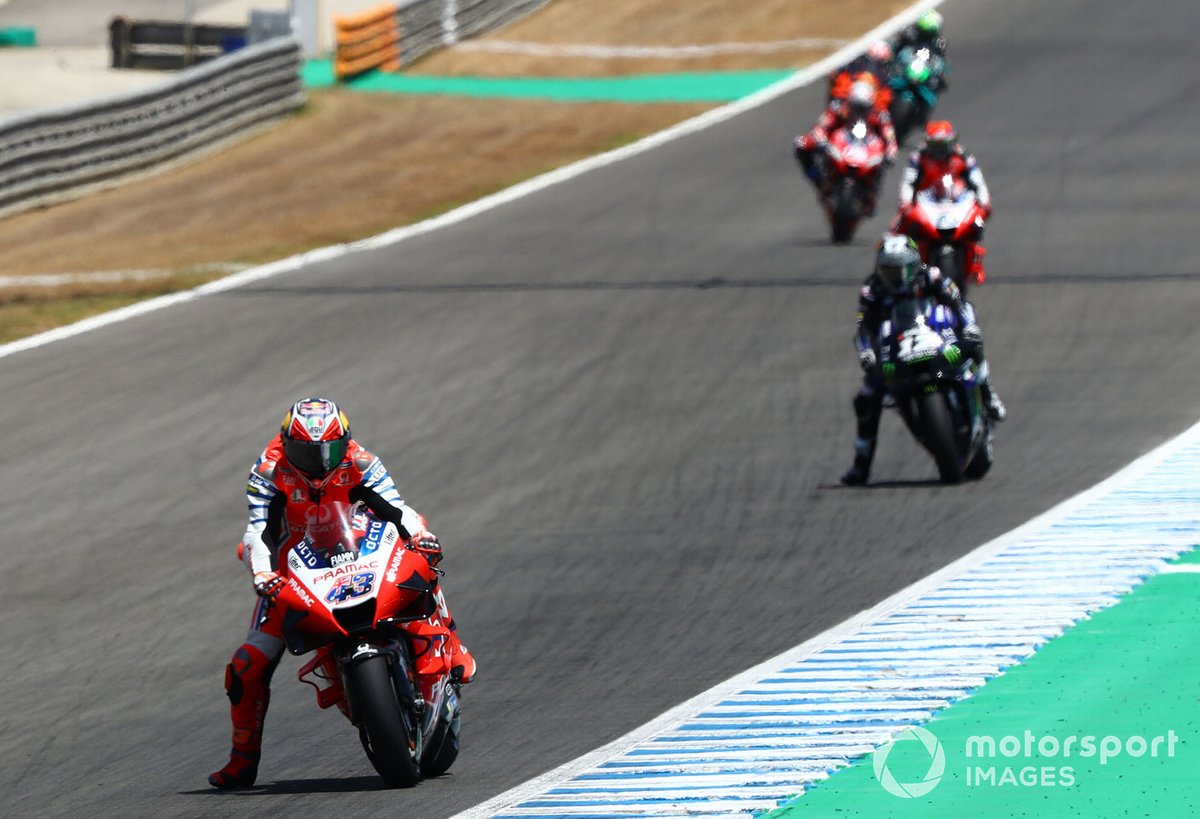