Alex Rins has revealed his best time in Friday MotoGP practice at Sepang was set using the Suzuki that was engulfed by flames in the pits on Thursday.

The Spanish rider ended the first day of practice at Sepang with a narrow advantage of less than a tenth of a second over Marc Marquez after posting the quickest time in FP2.

It came a day after one of his two GSX-RR bikes was embroiled in an inferno in the pits at the Malaysian track, albeit without suffering major damage.

“They did a really big job,” said Rins. “Yesterday when the bike set on fire, I was here [behind the garage] doing something, and when I go into the box, I see everybody with water, I can’t understand anything.

“The funny thing is the laptime I did today, I did with his bike, the fire one. It’s funny.

“I was scared because Marco [Rosa Gastaldo], my mechanic was on the bike and he take all the fire, but he is ok, so this is the important thing.”

Rins clarified that his Suzuki had suffered no major damage in the fire, with no major component changes needed.

“We changed the electronic cables, but the fairing, chassis, engine is the same,” he stated.

“In FP1 we did with the other bike, in FP2 with this bike, because on the ‘flames’ bike, we had a little bit different in the electronic area, a different map, that we tried, and it was good.”

Rins highlighted braking as an area where Suzuki can make up ground, but was otherwise satisfied with his day’s work.

“I’m very happy because we work good from the beginning of FP1,” commented Rins. “Still we need to improve, because for sure they [the other riders] will improve the laptime. 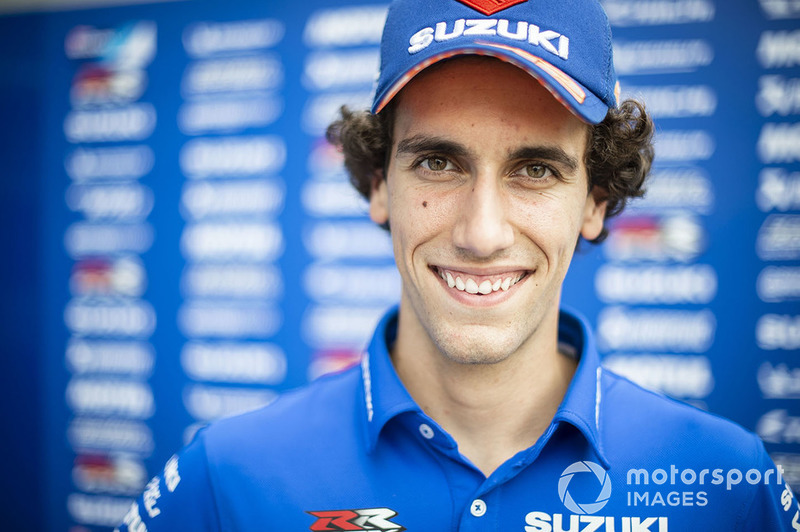