MotoGP rookie Fabio Quartararo says he “felt fast” as he managed to get within a second of the pace on the final test day of 2018 at Jerez.

Quartararo will race for the new Petronas SRT Yamaha outfit in 2019, and made significant progress on Thursday’s second day of running at Jerez, his fourth day on MotoGP machinery.

He improved from 15th on the timesheets on Wednesday, 1.4s off the pace, to 12th on Thursday, ending up only eight tenths slower than LCR Honda’s Takaaki Nakagami at the top of the times.

Quartararo, who will ride a year-old ‘B-Spec’ Yamaha in his maiden premier class campaign next year, said he left Jerez satisfied with both his speed over a lap and his long-run pace.

“On this last day of the test we have improved the feeling and the laptime,” commented the 19-year-old Frenchman.

“We have taken a step forward and managed to try some things with the electronics, which up until now we had hardly touched.

“I could feel that the laptimes were coming down and I felt fast, it was a really nice feeling. My objective was a 1m38s lap and we did three of them.

“We are working on our pace, little-by-little, and gradually closing the gap to the fastest guys.”

On Wednesday, Quartararo explained he had been working on improving his feeling under braking, with the switch to carbon discs proving one of the biggest challenges of stepping up from Moto2.

He said he was losing a lot less time in this area at Jerez compared to the previous week’s Valencia test.

“In Valencia I braked really hard in the first part but as soon as I braked I was releasing step-by-step,” said Quartararo. “Now I brake hard and keep hard pressure all the way to the apex.

“That was the main thing in Valencia that cost me a lot of time on the entry; here we made a step.

“For sure the carbon brakes are totally different to what I used. You need to get used to it, because you arrive a lot faster than in Moto2 but finally the braking point is almost the same.

“I need to brake harder in the middle part and end part of the braking [area], and later, and harder.” 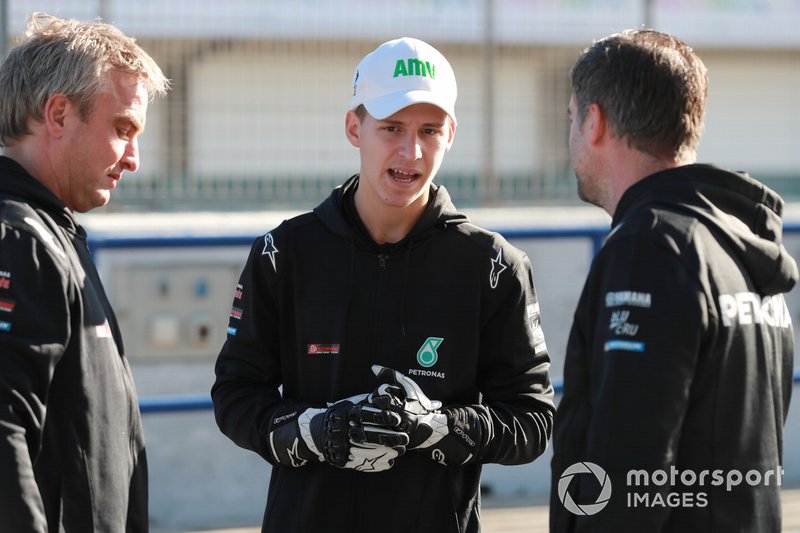