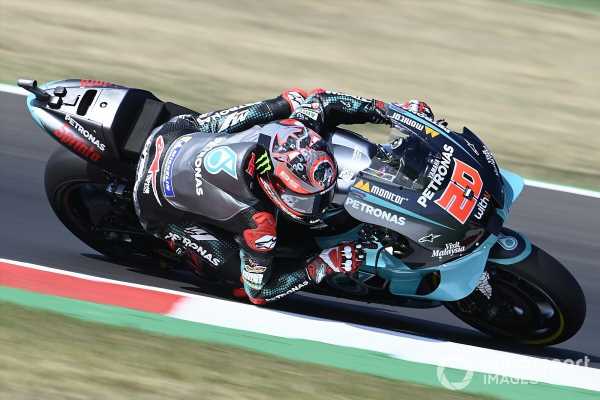 Fabio Quartararo’s crash from the San Marino GP knocked him off the MotoGP championship lead. But, as he explains to Motorsport.com, this won’t force a rethink in his approach for this weekend’s second Misano race at the Emilia Romagna GP

All through 2019, Fabio Quartararo marked himself as a title protagonist for this season with his incredible performances on his ‘B-spec’ Petronas-run Yamaha. Guiding his bike to seven podiums and six pole positions in a stunning rookie season, he had the established frontrunners worried.

And, when Marc Marquez was ruled out with a broken arm after a crash in July’s Spanish Grand Prix, the rider the reigning world champion pegged as a definite title threat after their duel for victory in last year’s San Marino GP stepped up to the plate. After taking his maiden win in the Spanish GP, Quartararo dominated the Andalusian GP at Jerez the following week.