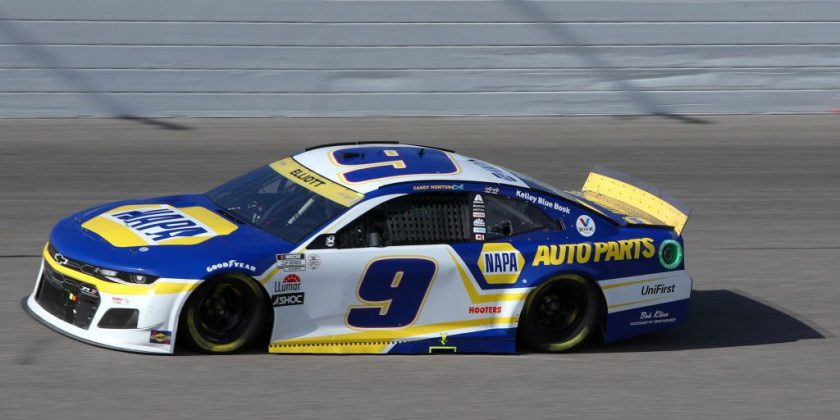 The most startling statistic in Chase Elliott’s 2021 NASCAR Cup season is this: His win total on oval tracks is a glaring zero. And, yes, this year’s Cup championship race is on an oval.

Elliott has scored a pair of wins—at the Circuit of the Americas and at Road America, both obviously road courses, a style of competition that seems to fit Elliott perfectly. He had two road-course wins in his 2020 championship run but also won oval races at Charlotte, Martinsville and Phoenix.

So there is at least some light at the end of the tunnel. Elliott’s last oval-track win was in last season’s championship finale at Phoenix, a race in which he led 153 laps on the way to a 2.7-second victory over fellow championship contender Brad Keselowski. Elliott started that race at the rear after failing pre-race technical inspection but marched through the field to become one of the day’s dominant drivers. He led the way under the checkered flag as the four playoff drivers finished one through four.

Elliott returns to the scene of his ultimate triumph this weekend, seeking to become the first driver since Jimmie Johnson to win back-to-back Cup championships. Johnson, of course, won five straight from 2006 to 2010. A second title this weekend would make Elliott only the second active driver (along with Kyle Busch) with multiple championships.

Elliott faced the challenges of running one race for the championship last year and sailed through to the title.

“We didn’t have any experience with it last year, and we were able to put our heads down and get the job done,” he said. “Hopefully, we’re even more prepared now and we can go and do it again.

“I feel like when our group is at our best that we can run with whoever. I’ve felt that way for a long time, and I’ve been really proud of the way we’ve run the last couple weeks. We had a really strong car at Kansas and a really good car at Martinsville. There’s no reason why we can’t go and have a shot to win this thing.”

Elliott has only one win at Phoenix (in last year’s title event) but has led 402 laps at the track. He finished fifth at the one-mile track in March this year as fellow championship contender Martin Truex Jr. won the race.

Although Elliott hasn’t won on an oval this year, he hasn’t been completely in the dark. He has scored second-place finishes at Daytona, Martinsville, Charlotte, Las Vegas and Kansas.

Elliott has had a roller-coaster run through the playoffs.

The start was dreadful. A three-wide battle late in the opener at Darlington resulted in Elliott hammering the outside wall on the way to a 31st-place finish. Better runs at Richmond (fourth) and Bristol (25th) pushed him into the Round of 12.

Mixed results in the next round—a runner-up run at Las Vegas and an 18th at Talladega—put Elliott on the ropes, but he responded with a 12th-place finish at the Charlotte Roval to move on into the Round of 8.

He showed championship form in the next round, finishing seventh at Texas and second at Kansas, giving him a 34-point cushion heading into Martinsville, where he soared in the first two stages to nail down a spot in the Championship Four.

Now: Phoenix. Elliott’s average finish in the desert is 11.2.

How I ended up buying a BMW 330i M Sport: Delivered within 2 weeks