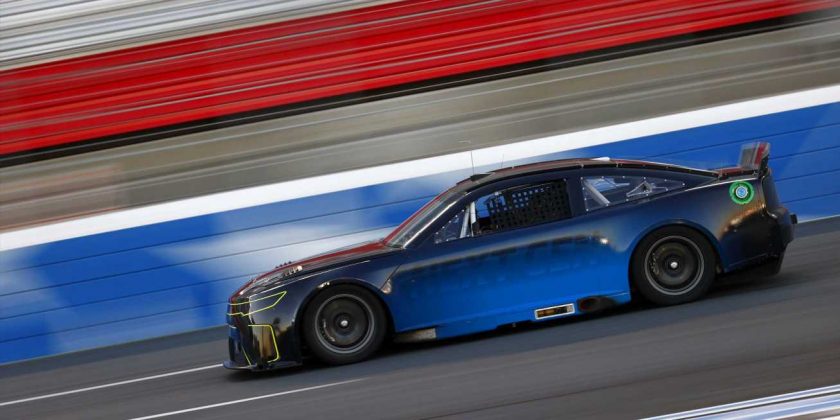 NASCAR conducted its first intentional crash test of its upcoming Next Gen car on June 30 at Talladega Superspeedway and has delivered its initial data to an independent panel of safety experts for further review.

The spec car was driven by a robot and fitted with a crash dummy — providing an opportunity to study how the dummy was affected by the impact.

NASCAR says it will not comment on the crash testing process until its formal findings have been completed.

Internally, several teams had inquired about the results of the test over the past week, but NASCAR did not provide substantial information to teams — resulting in speculation and rumormongering that boiled over on Thursday.

That resulted in NASCAR issuing the Friday update.

The car is under a certain degree of scrutiny because it is behind schedule, even after the one-year delay due to the COVID-19 shutdown, with the car not dissipating the energy in the way it will need to be as a finished product.

The car effectively features a tub with bolt on front and rear components and these crumple zones have been described as potentially stiff.

William Byron unintentionally crashed a Next Gen Prototype on March 4 of last year at Auto Club Speedway in Southern California.

“We were probably six or seven laps into a 25-lap tire run,” Byron said afterwards. “I had been a little free for a couple of corners, but nothing major. That time, I just got loose and figured I’d be able to save it but wasn’t able to.

“It just came all the way around. I had a number of similar moments in the race Sunday and was able to drive out of it. That’s what caught me off guard the most. It’s part of testing, though, learning where the line is with what the car can do. “

“The components are smaller and more nimble, and it’s a lot more compact in the packaging of the car,” Knaus said.

The G forces of Byron’s spin were on par with the tire failure impacts Denny Hamlin and Erik Jones endured during the 2020 Brickyard 400, although Byron was traveling at a fraction of the impact velocity of those two incidents.

Another complication with the development timeline is that team owners will be hesitant to continue purchasing parts for the current Next Gen regulations because components could be banned and replaced after the safety review is completed.

A car built upon the virtues of cost containment cannot inherently require multiple purchases for a single component before the cars even begin group testing later this season.

The chassis of the car is manufactured by Technique Inc., owned by former Indy car racer Ronnie Johncox, with NASCAR having made the decision to retain a traditional steel tubular frame instead of a carbonfiber equivalent.

In the name of safety, drivers will be moved 1.6” further towards the center of the car in the Next Gen and door bars have been moved further outwards.

This is an active R&D situation and it’s worth noting that this is part of the process, putting the car through crash damage tests that must be passed before the car is permitted to be testing in a large group of cars.