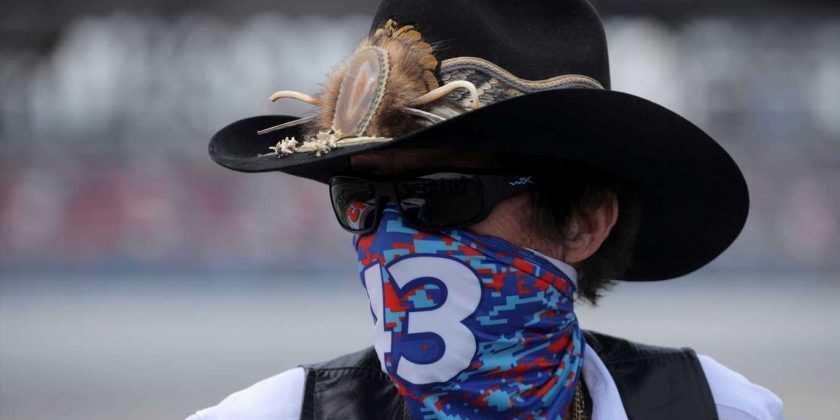 Despite his status as an unassailable racing icon, Richard Petty nevertheless picks his words carefully when talking about next season’s March 28 dirt-track race at Bristol Motor Speedway in eastern Tennessee.

It’ll be the first race on dirt for the Cup Series since a 200-lap, 100-miler in the fall of 1970 at the North Carolina State Fairgrounds Raceway in Raleigh, N.C.

Of Petty’s untouchable record of 200 Cup victories, 30 came on dirt tracks measuring between a fifth-mile at Islip, N.Y. and just short of a mile at Hillsboro, N.C. Going into this weekend’s 500-miler at Talladega Superspeedway in Alabama, all 1,615 points races since his victory at Raleigh have been on paved ovals or road courses.

“That was a different time, and I think we all knew that after Raleigh that night there weren’t going to be any more dirt-track races,” the seven-time champion told Autoweek. “We knew it was last one that (48-race) season and we sort of already knew there wouldn’t be any more the next season. (Petty Enterprises) didn’t even have a dirt-track car at that time; all of ours were set up for asphalt. We used a Plymouth we’d sold to Jabe Thomas earlier in the year. His owner (Don Robertson) let us use of one his cars that night. Really, I don’t remember much about the race itself.”

Petty is somewhat conflicted about seeing NASCAR’s premiere series go backward, even just once of 36 races next year. (Speculation already abounds about the future of Cup cars on dirt. Eldora? Knoxville?). But he’s wise enough and has enough foresight to realize that NASCAR must do something to attract new fans while keeping its current fanbase close to home. You know, the shrinking one that seems to be drifting toward other entertainment options.

“It might be what NASCAR needs to keep our base growing.”

It will be the third time that BMS will transform into a dirt facility, as the track converted to dirt to host the World of Outlaws in 2000 and 2001.

“I think it’ll be exciting at Bristol that day,” Petty said. “It might be another gimmick. It might be what NASCAR needs to keep our base growing. But it won’t be anything like the dirt track we had at Raleigh. In that one, there were big holes in the track and it was rough and you had to drive around those holes. The dirt tracks today turn into asphalt tracks; once you race on ‘em a while they just turn into slick asphalt tracks. But cars will be going sideways in the corners, and that’s what people want to see.”

His final words on what it’ll probably be like with the high-banked concrete track slathered with tons and tons of clay and dirt: “You’ll be able to sit on the front row and still not get dirty.”

NASCAR’s return to dirt through the Truck Series at Eldora has been a success. Will a similar move for Cup work? Or is NASCAR just going backward in an attempt to win new (or old) fans? Let us know what you think in the comments section below.