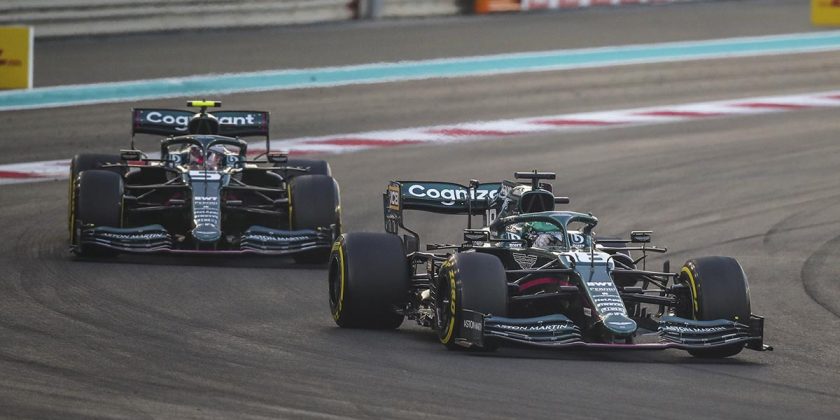 Aston Martin’s new base is beginning to ‘take shape’ in a new time-lapse video posted by the team on social media.

The Silverstone outfit, under its various different monikers over the years, have become renowned as Formula 1’s ‘underdog’ team, often performing above perceived expectations with one of the smaller budgets and staff structures in place across the grid.

The 2021 campaign may have been largely one to forget in the first transition year from Racing Point to Aston Martin but, with the substantial financial backing from owner Lawrence Stroll, there still remains a huge amount of optimism at the team as they look to compete at the sharp end of the field.

A new three-building campus, complete with simulator and wind tunnel, will act as the new beating heart of the Aston Martin operation and will cost in the region of £150m to £200m to complete, with the main building expected to be completed in either late 2022 or early in 2023.

The 400,000 square foot campus is beginning to come to life now, as seen in a teasing social media post by Aston Martin.

Our new home is taking shape. A campus dedicated to cutting edge technology. A celebration of who we are.

“It is a significant investment,” said Stroll back in September 2021.

“[With] the current factory, [it] would have been difficult.

“We are adding temporary offices to house the constantly growing workforce we have. Communication isn’t the best as everyone is located at various parts of the factory.

“The improvement in communications and research, development and design was a necessity. We could not continue to grow to the head count I want to grow to with the existing premises. Not possible. Full stop.”

Whilst on the subject of structural changes, Aston Martin will be appointing a new team principal ahead of the 2022 season following the departure of Otmar Szafnauer, which was confirmed on January 5.

Szafnauer has been strongly linked with a move to Alpine and refused the opportunity to categorically deny the rumours when quizzed about it in the latter stages of the 2021 campaign.