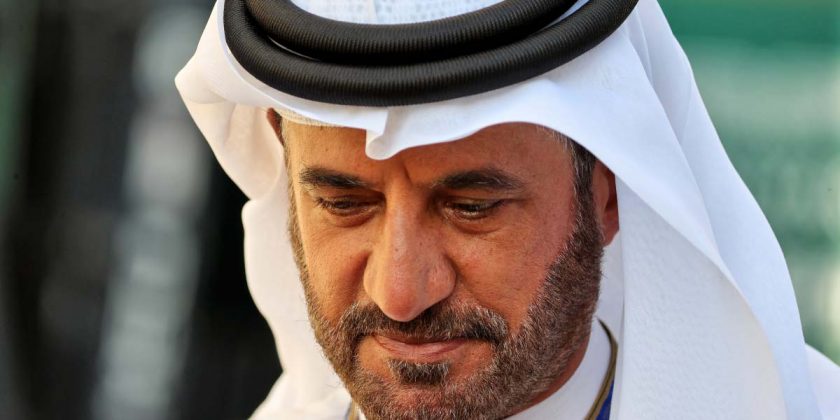 Mohammed Ben Sulayem has reportedly been elected to succeed Jean Todt as president of the FIA, with the Frenchman having left after his third term in office.

Ben Sulayem, a 14-time Middle East Rally champion, has served as a vice president in the organisation since 2008 and has sat on the World Motorsport Council for the last 13 years.

He beat current deputy president Graham Stoker to the role with a reported 62% of the vote at the meeting of the FIA General Assembly on Friday morning, having announced his candidacy earlier in the year.

Along with his achievements as a driver, Ben Sulayem was the leader of the organising team which introduced the Abu Dhabi Grand Prix into Formula 1 back in 2009.

The votes are in and we’ve won! We are thrilled that 62% of all clubs have given us their vote. We are truly humbled. The support from you will help us build a stronger federation. pic.twitter.com/pA5NAlUaJi

The 60-year-old Emirati has also been the president of the Automobile and Touring Club of the UAE for 15 years, and was the first Arab to be elected as an FIA vice president when he earned the role.

Ben Sulayem also led the FIA Motor Sport Development Task Force launched in 2013, charged with the aim of creating a growth in interest in motorsport around the world in a sustainable way over the course of the following decade.

He also becomes the first non-European to take on the role, and was given the backing of Motorsport UK through his spearheading of the ‘FIA for Members’ campaign,

He said on the FIA for Members website while running for president: “The FIA has been a big part of my life, as a driver first, then as a Mobility and Sport Club President. I want to give much back to the FIA and its amazing community, and I hope my experience in both Mobility and Sport, not only as a Vice President, competitor, but also as a businessman and car enthusiast adds value.

“I am proud to lead such an experienced and passionate team that is focused on delivering what the members want and need.”

Outgoing president Todt gave an emotional farewell speech after 12 years in the role at the FIA prize-giving ceremony in Paris on Thursday night, and Sulayem will now take the reins as the former Ferrari boss steps back from his duties.