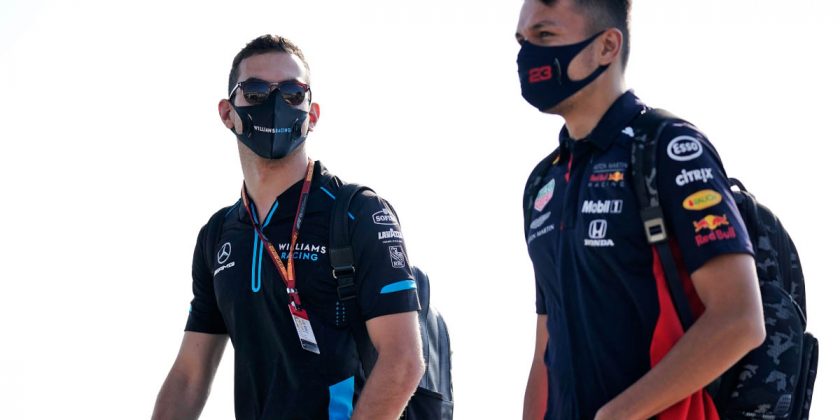 Having been team-mates in Formula 2, Nicholas Latifi says he is looking forward to working with Alex Albon again – whom he rates “very highly”.

The duo were paired together at Campos back in 2018 and came through the ranks together to eventually make their Formula 1 debuts. Albon was promoted to take a seat at Toro Rosso (now AlphaTauri) in 2019, before Latifi finished second in the 2019 F2 season to earn a drive with Williams a year later.

Having been dropped by Red Bull for 2021, Albon has made his way back onto the grid by earning a seat at the Grove-based team next season to replace the departing George Russell.

The soon-to-be Mercedes driver revealed he had campaigned for his friend’s return to Formula 1 by singing Albon’s praises to Williams, but Latifi also knows from experience what the Thai-British driver will bring to the table as his team-mate in 2022.

“He’s a really good driver. I rate him extremely highly and I’ve learned a lot from him,” said the Canadian of Albon. “We got along very well as team-mates on and off the track back then and I think a good relationship with your team-mate is also very important. I’m sure we will push each other to strong performances.”

The continuation of Latifi’s run with the team had been widely expected, although the throng of drivers vying for a place in Formula 1 had cast a small piece of doubt into the equation as the Canadian looked to retain his seat.

Ultimately though, he has kept his place at Williams for 2022 and team principal Jost Capito said recently he “expects a lot” from the 26-year-old both this season and next.

Now his future is secured beyond 2021, Latifi spoke of his anticipation for the new regulations in the sport and how he feels the team can keep improving next year.

“Of course it’s not official until it’s really confirmed and that felt great,” Latifi said, quoted by SpeedWeek. “Because I know it means I will be part of a new era in Formula 1 next year. We will have the new rules and it will be an exciting time.

“I also feel we now have all the ingredients to get back to where we want to be. It’s also hard when you don’t know the performance of the car yet. Of course, we hope to be much more competitive than this year and to be part of the midfield.”