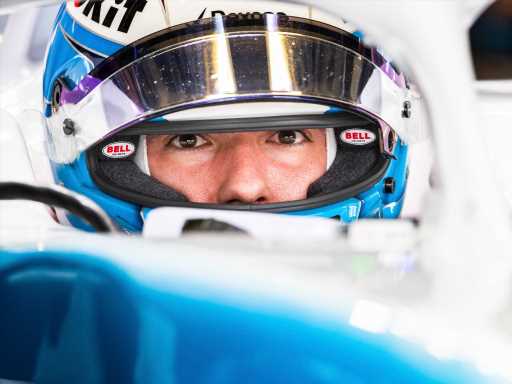 The last Virtual Grand Prix was Nicholas Latifi’s home race, and it didn’t take him long to get acquainted with its famous wall.

His Williams team-mate George Russell has been making headlines with his form in the series, but Latifi has been ever-present himself and has often found himself well inside the points.

That was the case yet again in Montreal. After qualifying in P3, he maintained his position at the start but was under pressure by the end of Lap 4. The man in pursuit was Esteban Gutierrez, who has become notorious for some rather aggressive moves throughout the series.

The former Haas driver slotted in behind Latifi on the main straight and used DRS and slipstreaming to get alongside the Canadian as they approached the final chicane.

The Williams driver initially had the inside line, but Gutierrez had no intention of backing off. He instead put himself on the inside for the final corner, leaving Latifi with nowhere to go but the dreaded Wall of Champions.

The Wall of Champions has its first victim 😖💥

After a strong start at his home #VirtualGP, Latifi crashes down the order…

The incident dropped him down the order to P9 but, with car damage turned off, it didn’t compromise his pace in the long term.

After pitting for fresh tyres, he set off to secure a top ten finish, picking up four-time penalties for corner-cutting along the way. However, as nearly the entire field had done the same, he managed to cross the line in P7 and not drop done any further once the penalties were added to his time.

With Russell storming to victory, it was the biggest points haul Williams is likely to see in a long, long time. Still, virtual points are better than no points at all, right?