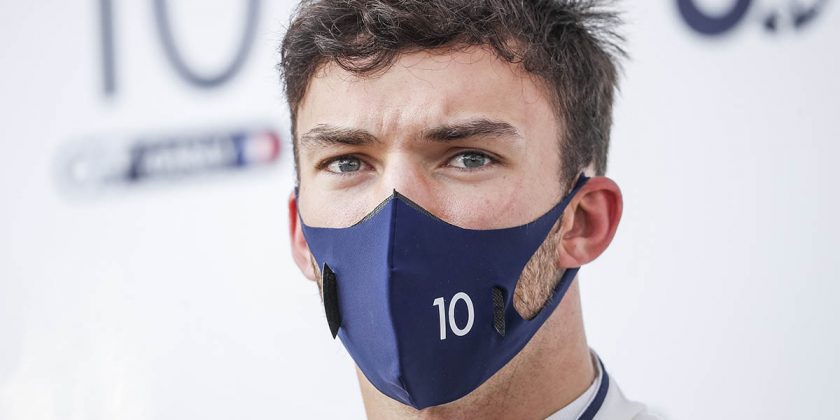 Last time out in Qatar, as Formula 1 made its first-ever visit to the Losail circuit, Gasly found himself starting the race from the front row of the grid.

The AlphaTauri driver qualified fourth fastest but was pushed up the order after both Max Verstappen and Valtteri Bottas were penalised for yellow flag infringements.

It was his first front row grid slot since 2017. And now he wants more.

“It was great to be back in the front row,” he said in AlphaTauri’s Saudi Arabian Grand Prix preview. “It was the first time since I competed in Super Formula in Japan in 2017.

“To be on the grid alongside pole setter Lewis Hamilton was very cool. I hope that there will be more successes of this kind in the future.

“Even if I didn’t manage to do it entirely on my own, we’ve been close to the first places on the grid a couple of times this year, and it was a good experience.

The race result though didn’t go AlphaTauri’s way, Gasly baffled by their lack of race pace.

While he dropped to P11 and his team-mate Yuki Tsunoda also lost places to finish 13th, Alpine brought home a double points-haul including a P3 for Fernando Alonso.

As such Alpine moved 25 points clear of AlphaTauri.

“Unfortunately the World Championship situation is now more complicated because Alpine had a good weekend in Qatar,” he admitted.

Extremely disappointed today after such a great qualifying. We had no pace and sliding all over the place so we will analyse to come back stronger. Frustrating day, but a lot of positives to take from these last 3 races though. Next Saoudi, will keep fighting. pic.twitter.com/wc36tilaNT

While it is not impossible for AlphaTauri to close the gap, Gasly concedes they – and the rest of the field – face a stiff challenge at the next race, the Saudi Arabian Grand Prix.

Taking place at the new Jeddah street circuit, the drivers will tackle the second fastest track on the calendar, with its 27 corners, and brand new asphalt.

“Based on the experience in the simulator, I expect an extremely fast track in Saudi Arabia that includes many high-speed corners, some of which are blind,” the 26-year-old said.

“From the driver’s point of view, I don’t expect an easy game, also because of the completely new surface, on which a race has never taken place.

“I think the street course will offer very little grip and we don’t know exactly what to expect because nobody has the relevant data.”

“But we showed in Qatar that we can adapt very quickly, because we were right up there on Friday.”

“However,” he added, “we will have to work hard to be fast over a single lap as well as over a longer distance in order to find the right compromise for qualifying on Saturday and the race on Sunday.”