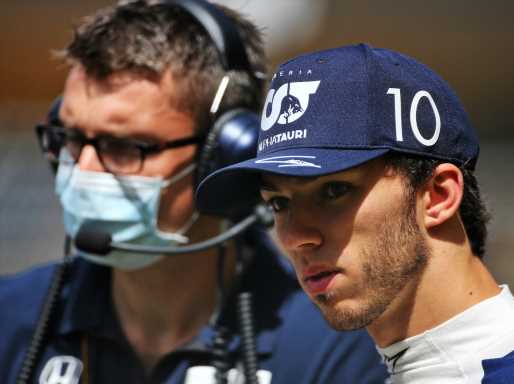 Pierre Gasly is refusing to speculate about Alex Albon’s Red Bull troubles but says he doesn’t believe the Thai driver will be dropped any time soon.

Red Bull headed into this year’s championship with Albon partnering Max Verstappen in the Red Bull and Gasly staying on at AlphaTauri with Daniil Kvyat.

But while Albon was so near to first F1 podium at the season-opening Austrian GP, robbed by a late clash with Lewis Hamilton, two races later he was over a minute behind Verstappen at the chequered flag.

His performances at the Styrian GP saw the Thai-British driver heavily criticised by pundits while his Hungarian showing raising questions about his longevity with Red Bull, a team not afraid to change drivers mid season.

If Albon were to be dropped, Gasly could yet return to the team that dropped him midway through 2019.

“I’m a Red Bull contract driver and you always want to be in the fastest car,” Gasly told Motorsport-Total.com. “And right now they have the fastest car among the Red Bull teams.”

However, the 24-year-old doesn’t think a seat will open any time soon.

“Max signed for several years and Alex has very strong support from Thailand,” he said. “I don’t know if that will change in the future.”

Gasly is, however, well aware that the Red Bull driver situation can change in a heart beat.

Last year he was promoted to Red Bull, replacing the out-going Daniel Ricciardo, only to lose his seat to Albon mid-season despite Red Bull publicly telling him they would not drop him.

Asked about Albon’s situation and his difficulties at the Hungarian GP, a race in which he finished some 70 seconds behind Verstappen, the Frenchman said he can only speak for himself and what happened when he was with Red Bull.

“I don’t have much to say about this because I don’t know Alex’s situation,” he said.

“I know my situation and I know how it was with Red Bull, and because I’m saying I have an explanation of why it didn’t work.

“With Alex, I don’t know what’s going on for him right now.”

He is, however, hoping that if he does his best with AlphaTauri that “more and more opportunities will arise at some point.

“I’m trying to do my best with the team, and I’m happy that if we have the right tools at hand, I can improve now if we have.

“For me, this is the point from the past that I want to show. Because I know that I can be really competitive and fast if the conditions are right.”