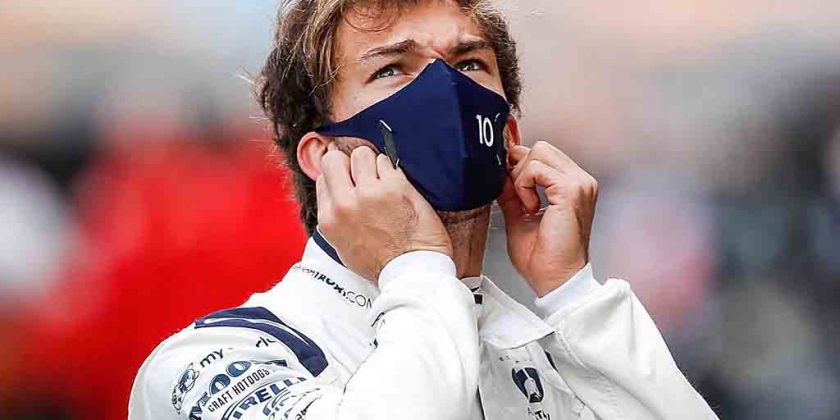 Pierre Gasly was fuming on team radio after the Turkish Grand Prix, saying he had a “f***ing s***” race at the Istanbul Park circuit.

The Turkish Grand Prix weekend started strongly for Gasly as he finished P4 in opening practice, but he would go on to slide down the timesheets all the way down to P13 after the chequered flag waved on Sunday afternoon.

Gasly’s race was not helped by a bizarre pre-race penalty when the FIA ordered him to start from the back of the grid due to AlphaTauri stripping his car down on Saturday for a new engine to be fitted, only to abort the operation entirely.

In the stewards’ report it was stated that ‘the car was disassembled to a stage where it is impossible for the scrutineers and other supervision means in place to guarantee that no modification to the car has been carried out to any component by disassembling and refitting the original items’.

Gasly’s frustrations were not eased by the end of the race.

His engineer replied: “I don’t think Friday was so bad.”

Gasly: “Nobody cares about Friday. Nobody cares. Now we threw so many points just because we are nowhere, since Saturday we are sleeping.”

Gasly went on to label the display from AlphaTauri as “a bit embarrassing”.

“The whole weekend was really bad for us,” he said.

“We had very poor performance on the wet tyres yesterday, and with today being wet again, we knew we were going to struggle massively.

“It’s a bit embarrassing because if it was all fine in the dry during practice on Friday, it means we were just too slow with the wets and intermediate tyres, we just couldn’t switch them on and struggled in final practice and quali. In addition, we took a penalty.”

Gasly’s second race in a row without being able to score a point leaves him P10 in the Drivers’ Championship with 63 points to his name.

And, with Daniil Kvyat also not in the points, it allowed nearest rivals Ferrari to open up more ground in P6 in the Constructors’ Championship following a first podium finish of the season for Sebastian Vettel and a P4 finish for Charles Leclerc.