Porsche will only build 77 examples of the new 935.

Porsche debuted its modern take on the classic 935 at the Rennsport Reunion at Laguna Seca in September. Now the company’s 9:11 Magazine video series is digging a little deeper into the unique machine’s creation by interviewing some of the people responsible for its creation. 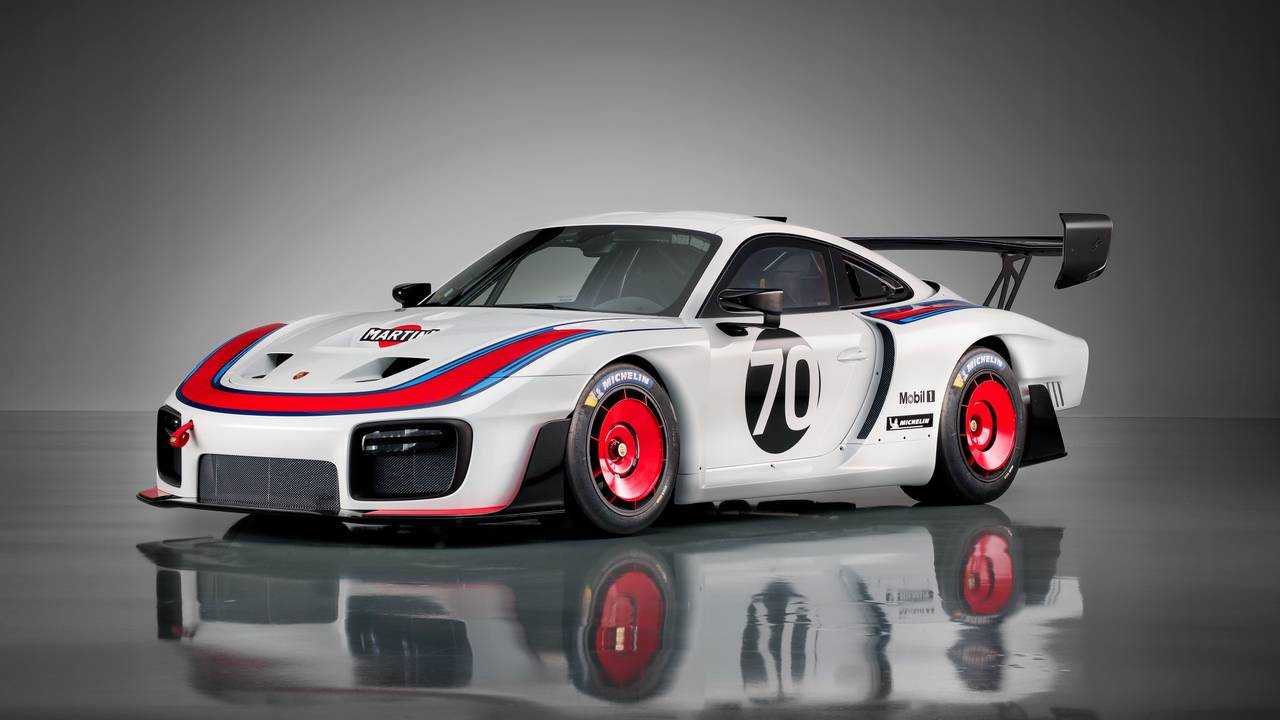 Coming up with the 935’s retro-modern shape only took three or four days. Up front, the designers put an emphasis on creating large, eye-catching intakes. Since the vehicle doesn’t have pop-up headlights, they also incorporate LEDs into the corners. At the back, the long tail evokes the original Moby Dick Porsche, and the taillights hide in the tunnel that the rear bodywork creates.

On the powertrain side, Porsche took the 3.8-liter twin-turbo flat-six and dual-clutch gearbox from the latest GT2 RS. The team made a few tweaks to adapt the pieces to the 935’s track-only nature like dual-exit exhaust tips with styling from the Porsche 908 coupe. The new bodywork is a mix of carbon fiber and steel, which contributes to the low weight of just 3,042 pounds (1,379 kilograms). The red wheels take direct inspiration from the BBS Turbofan design on the original 935 race cars.

Inside, there’s a motorsport-focused digital instrument display and race-ready carbon steering wheel. The laminated wood gearshift comes from the 911 GT3 R. A single racing bucket comes standard, but buyers can specify a second so they can take a passenger for a ride around the track.