Overnight rain meant the Jerez circuit was damp as the green light was given to commence the opening day of running, with little action taking place for some time while track conditions improved.

Only eight WSBK took part in Monday’s proceedings, with Kawasaki’s Leon Haslam setting the early pace with a 1:43.292s. 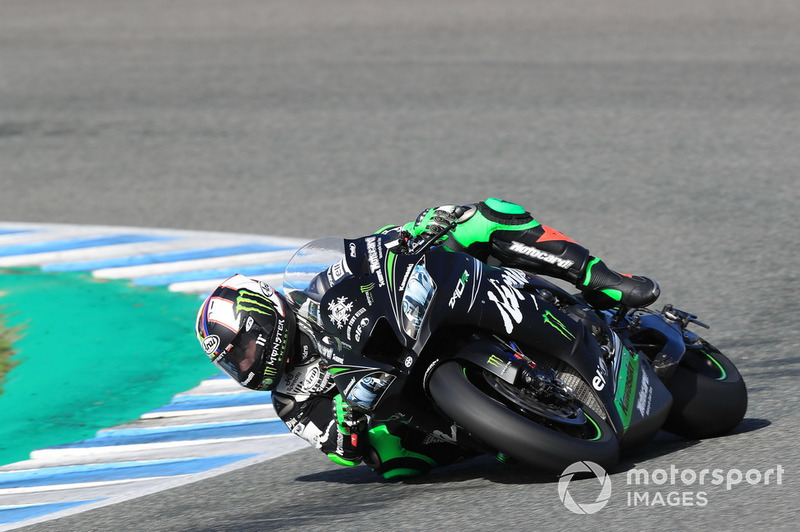 As two hours ticked by, just six SBK times were on the board, with Davies now leading teammate Bautista, who is making his first appearance aboard the WSBK Ducati in preparation for his debut season in 2019.

Haslam returned to the top of the pile five minutes later with a 1:41.591s, before world champion Rea began his first stint leading the pack with a lap 0.237s quicker.

The Ulsterman improved to a 1m41.104s with just over four hours of the session remaining, his advantage now over four tenths, though Lowes cut this to just 0.071s 20 minutes later.

Bautista deposed Rea with the first sub-1m40s lap of the test of 1m39.979s with 80 minutes remaining, though the Kawasaki man quickly reasserted his authority, lowering the benchmark to a 1m39.657s.

Rea’s time was never bested as the session drew to a close, with the KRT rider remaining 0.322s clear of the field after 57 laps aboard his ZX-10RR.

Bautista headed Ducati stablemate Davies by just over two tenths in second at the end of his maiden WSBK outing, while Lowes pipped Haslam to fourth.

Marco Melandri made his debut appearance on the GRT Yamaha and was sixth fastest, 1,006s off the pace but nine tenths clear of the sister Crescent-run R1 of Michael van der Mark. 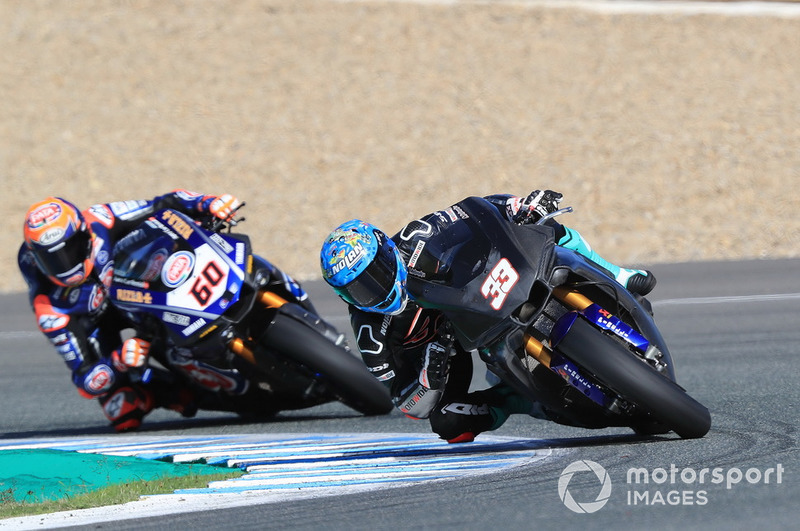 The Italian’s new teammate and reigning WSS champion Sandro Cortese completed was last of the Superbike runners on his first WSBK outing on the R1, 2.3s off the pace after 63 tours of the Jerez circuit.

Four World Supersport runners were also on track at Jerez. These were headed by MV Agusta’s Raffaele de Rosa with a best lap of 1m43.303s, followed by Puccetti pair Hikaro Okubo and Lucas Mahias, and Pedercini’s Ayrton Badovini.