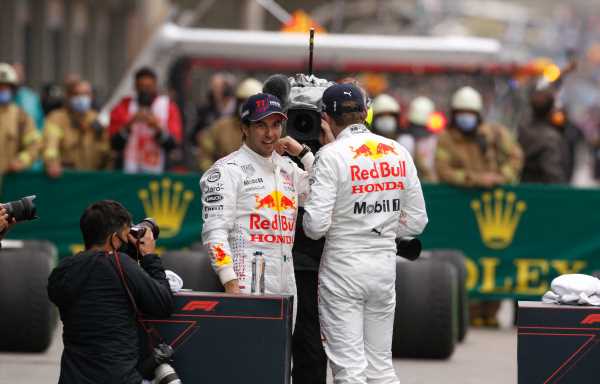 In the hunt for their first World title since 2014, Christian Horner says all Red Bull can do is “the best job” possible, and pray.

With six grands prix remaining this season, Red Bull’s Max Verstappen has a six-point advantage over Lewis Hamilton in the Drivers’ Championship.

The 24-year-old has taken seven wins to Hamilton’s five but also has three DNFs to the Mercedes driver’s one.

Looking ahead to the final six venues on the calendar, it is a mix of what suits Mercedes, Austin and Abu Dhabi, what plays to Red Bull’s strengths, Mexico and Brazil, and also two brand new venues: Qatar and Saudi Arabia.

Horner says all Red Bull can do is their best, and hope that it works out in their favour.

“We go to church every other Sunday and see what happens,” he said as per GPFans when asked how the team could prepare for the ‘unknowns’ in the title race.

“We will do our simulation, do our homework and we will do the best job that we can.

“We will do as much research as we can into the venues and go from there. We have got to take it one race at a time.

“We have maximised points at tracks that Mercedes have been incredibly strong at, the last three venues, so that has been a positive.”

Both Verstappen and Hamilton have already had to deal with one engine penalty this season, Verstappen racing from P20 to P2 in Russia while Hamilton went from 11th to fifth in Turkey.

Horner reckons further engine penalties could still play a role in the outcome of this year’s championship.

“Engine penalties can play a role, will play a role at future races and weather can be a key factor as well,” he said.

“It is going to be fascinating to see how it all pans out over the next two months.”

Like many Formula 1 fans the Red Bull team boss is thoroughly enjoying this year’s battle, which has seen momentum swing between Verstappen and Hamilton.

Although they have bagged the majority of the race wins, Sergio Perez, Esteban Ocon, Daniel Ricciardo and Valtteri Bottas, all have one P1 to their name.

“I think one of the great things of the season has been the variance of winners that we have had,” he said.

“It seems a shame to change it for next year really. There is probably going to be some random effects coming up.”