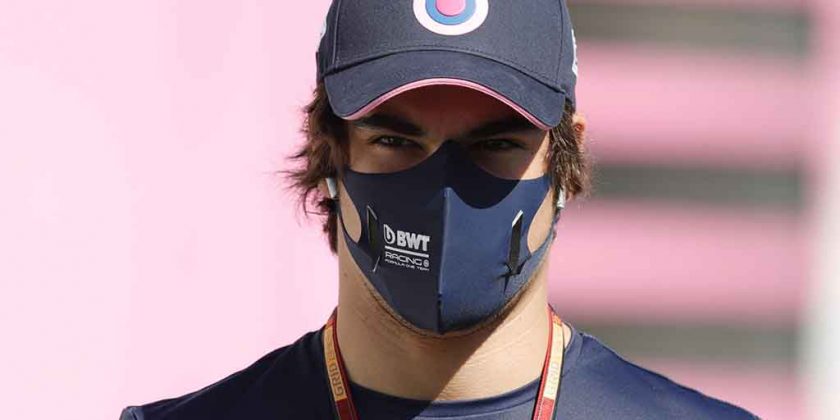 Lance Stroll was upset that Charles Leclerc didn’t receive a penalty after their first-lap collision at the Russian Grand Prix.

Stroll’s race was over by Turn 4 as the Racing Point driver received a hit from Leclerc in the Ferrari SF1000, sending Stroll into the wall.

No action was taken against Leclerc and Stroll couldn’t quite believe it.

Safety Car is out on the opening lap

Lance Stroll and Carlos Sainz are both out of the race 😮💥#RussianGP 🇷🇺 #F1 pic.twitter.com/NlytU9F8Fu

“‘I’m quite surprised he didn’t get a penalty,” Stroll reflected back in the paddock after his early DNF.

“I gave him plenty of room. I did the whole corner on the outside and he just tagged my right rear. I gave him all the room I could and it was unlucky, but he could have avoided it.

“He didn’t have to run so wide into me. I think it’s ridiculous he didn’t get a penalty.

“A lot was possible today. I think I was P7 at that point. I had a great start on the good tyre, so it’s really a shame.”

Fortunately all was not lost for Racing Point as Sergio Perez started P4 and finished P4, representing a solid weekend for the Mexican who is on the lookout for a new employer with Sebastian Vettel taking his seat for 2021.

“I was very disappointed and angry after the start because as soon as I released the clutch I went into wheelspin,” he told reporters at the Sochi Autodrom.

“So I’m pleased that things got better. I think the tyre management in the first stint was the key to our race, I could see the Renaults sliding a bit more than myself and progressively I was patient enough to make sure we got them.

“And that first stint just made our race.”

Perez achieved that result without the upgraded RP20, so he hopes to have the latest package at his disposal come the Eifel Grand Prix at the Nurburgring in two weeks’ time.

Asked if he is operating at a whole new level right now, Perez said: “I have a better car and I think people can see that a bit more now,” he said.

“Hopefully now at the Nurburgring I get the upgrade on the car and then we can show even more.”

The battle for P4 in the Drivers’ Championship is becoming very crowded heading into the Eifel Grand Prix.

Perez finds himself in P9 after that result, one place behind team-mate Stroll, yet the gap from Perez to Lando Norris in P4 is only nine points.