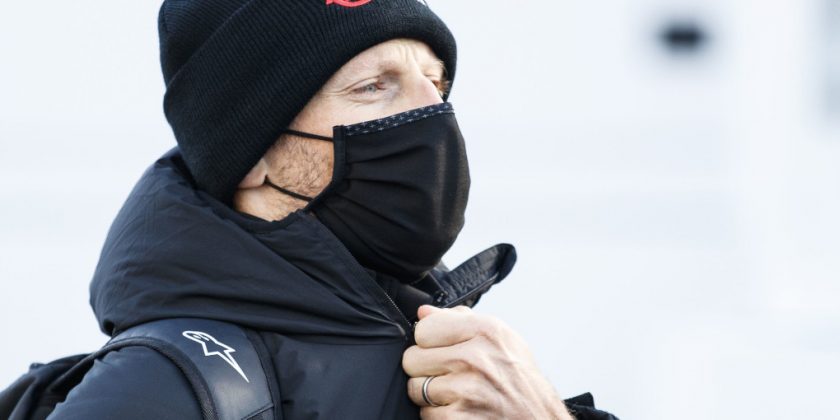 Romain Grosjean says the effects that moving to the IndyCar series would have on his family is a high priority for him.

Grosjean will leave Haas at the end of the 2020 campaign and a seat in Formula 1 next season looks pretty much impossible for the Frenchman.

And despite having a fear of ovals, Grosjean has since become more open-minded in terms of a switch to IndyCar.

However, Grosjean, his wife and three young children all live in Switzerland, so he will weigh up the implications of regular travel to the United States before making a decision on IndyCar.

“First of all I need to definitely have something done in IndyCar to decide if I’m going to decide to travel back and forth [to the USA] or completely travel there,” he told reporters ahead of the Turkish Grand Prix.

“I’ve got a wife and three kids and it’s not like I was a youngster that can just jump in a plane with a backpack and not look behind me. Obviously there are some considerations there.

“The pros of IndyCar is everyone pretty much has the same cars apart from the dampers and two types of engines, the races are pretty fun, there’s good opportunities to win the race or to be on a podium.

“It’s a very good championship and I think there’s more pros than cons but obviously the lifestyle and where we live and what we do with the kids and their education and their future is very high on the priority list.”

A very happy birthday to our founder Gene Haas 🎉

Importantly though there are spaces left on the 2021 IndyCar grid if Grosjean decided to take on the challenge.

“Some of the teams are fully booked, but there are opportunities left,” he revealed.

“Looking at what we can do, how we can do it, I think there are some wish from both sides to make it happen, which is nice, and some good challenges.

“If you look at Penske or Chip Ganassi, which I guess are the two top teams, they’re fully booked, but you would not necessarily expect to land on one of those seats for the first year going to IndyCar.

“I think you need to prove you can race in that series.”