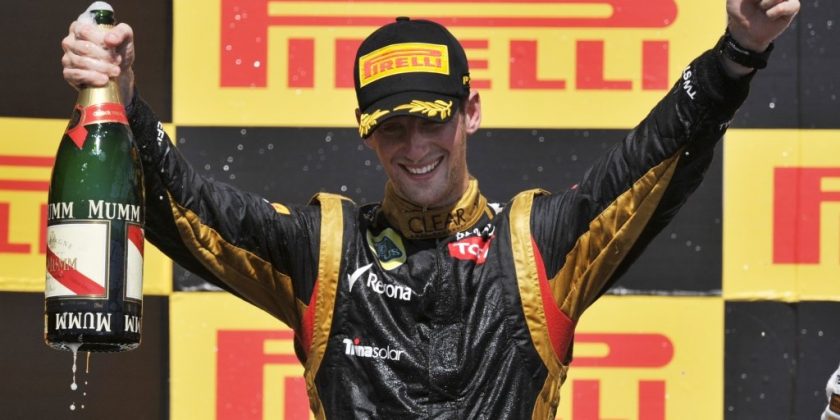 Romain Grosjean has stated that he’d be interested in returning to his first F1 team, Renault, at some point in the future.

The Frenchman joined the grid in 2009 to drive for the team but failed to impress and was not retained at the end of the season.

However, he was given a second chance by the team, at the time known as Lotus-Renault, in 2012. After initially struggling, he eventually found his feet and picked up 10 podiums in four seasons with the Enstone outfit.

He then left for Haas and has been there ever since. With his contract ending at the end of the season though, and silly season on the horizon, he says he’s open to other seats.

“There were a few surprises — the big one was Sebastian and then there were choices made that I would have probably made different, but I understand and it’s been fun to watch,” he told ESPN.

“Obviously, Carlos going to Ferrari and then there was a good seat at McLaren and that was a nice opportunity for Ricciardo and still one seat at Renault that could be attractive for the future.

“But again, with the cost cap, we are hoping that more teams could be great and I think Racing Point is on a really good path from what we saw in winter testing, they are really competitive and have done great work with Mercedes, so there will be some good teams to look for in the future.

“The driver market has been interesting, there are a few seats left around but I think everyone will take a little bit of time to look at it.”

One of the seats currently available for 2021 is found at his former team. With Ricciardo leaving for McLaren, Renault is currently looking for his replacement. Grosjean says a return is appealing to him.

“It would be a nice story. I spent ten years at Enstone and they funded most of my career, and obviously the last podium of Enstone is mine!” he added.

“I think it would be nice to go back there, but it would also be nice to stay at Haas or to try another team. We haven’t even done a race, but we are already talking about next year, which is a bit strange.

“But also we are getting into mid-June and early July which is the start of the silly season, so I don’t know, I think first we go back racing, see how the car behaves.

“I will try to do my best and see if my level is still where I want it to be and then we will start discussing and chatting and seeing what we can do.”