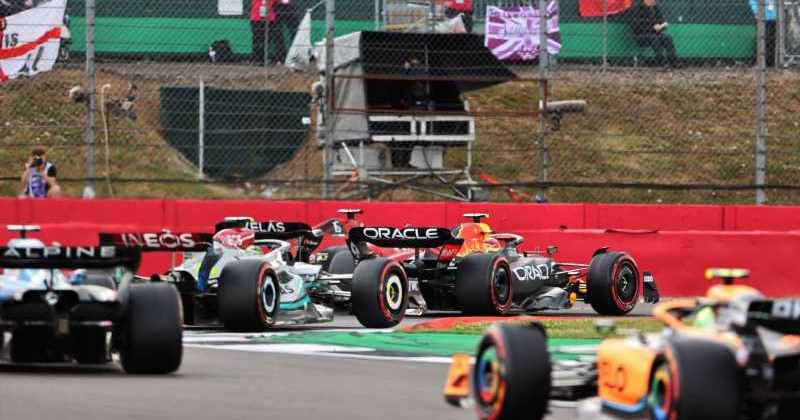 Ross Brawn believes the British Grand Prix provided the perfect example of why F1 has gone in the right direction with this year’s big regulation changes.

It was at Silverstone in July 2021 when the world got its first look at what a 2022 car would look like, as the 20 drivers stood on the track gathered around a prototype model.

Once the 10 different challengers for this season had been created from scratch, the idea was that drivers would be able to follow each other more closely – and potentially produce more overtaking moves and consistently exciting action.

It would be pushing it to say the new rules have been an unqualified success, especially in the minds of the racers themselves, but there was plenty of evidence available during the British GP of why most of the boxes have been ticked.

Never more so than in the laps after the Safety Car period, when five cars were jockeying for position to finish on the podium as Sergio Perez, Lewis Hamilton, Charles Leclerc, Fernando Alonso and Lando Norris – who ultimately finished second through to sixth behind winner Carlos Sainz – generated some breathtaking action.

“This year’s race at Silverstone was a classic, and a perfect demonstration of what the sport was trying to achieve with these revolutionary new racing cars,” said Brawn, F1’s motorsports managing director, in his post-race column.

“We were treated to some fabulous racing. What pleased me was the precision the drivers could have with the cars. We saw countless fascinating battles that went for several corners with multiple changes of position.

“We saw drivers were able to take multiple lines with these new cars and that allowed for two, three or even four cars going almost side-by-side.

“The quality of the passes was high too. Drivers really had to work to get a move done – it wasn’t simply a case of using DRS to fly by.

“The drivers are enjoying these cars and have been very positive. They have all appreciated the change and the new-found ability to get up close to other cars.

“Many of them have qualified that while it doesn’t always lead to straightforward overtaking, the chance to sit on the tail and pressurise and try to force a mistake is significantly improved. I don’t think there has been a single driver who has not acknowledged or been enthused by that.”

Brawn therefore feels the FIA and F1 have been vindicated in the decision they made, and will be beneficial for the sport’s future.

“What it demonstrates is the direction F1 and the FIA have gone in is absolutely the right direction to follow, and the sport can go forward with renewed confidence that this approach is what’s needed for the future.

“It must always be a significant factor in the design and modification of these cars.”