Williams Formula 1 young driver Oliver Rowland will drive for the Nissan e.dams Formula E team alongside Sebastien Buemi on the final day of the 2018/19 pre-season test at Valencia.

Rowland will drive the car that 2018 Formula 2 title contender Alexander Albon was scheduled to drive at the Circuit Ricardo Tormo this week, before the news broke that he is closing on a ‘19 Toro Rosso F1 drive.

Rowland arrived at Valencia ahead of the second day of running on Wednesday, telling Motorsport.com that he was not going to drive that day, and he did not take to the track, with Buemi completing Nissan’s on-track running by himself for a second day in a row.

It is understood that Nissan is extremely frustrated with the Albon situation, which has developed just a week before FE teams must submit their 2018/19 driver line-ups to the FIA.

A Nissan statement supplied to Motorsport.com regarding Albon’s absence from the test on Tuesday read: “Alex is a talented young driver with a lot of potential and is sought after.

“We have ongoing discussions and are not able to make further comments at this time. We’re focused on testing the car and getting the data we need to prepare for the first race.”

Rowland has previous FE experience from the season two race in Punta del Este, where he stood in for the injured Nick Heidfeld at the Mahindra team and finished 13th.

The situation has cost Nissan two days of valuable FE running, which is the final time teams can test before the season gets underway with the Ad Diriyah ePrix in Riyadh on December 15.

The weather at Valencia on Friday is extremely wet, which may further reduce running. 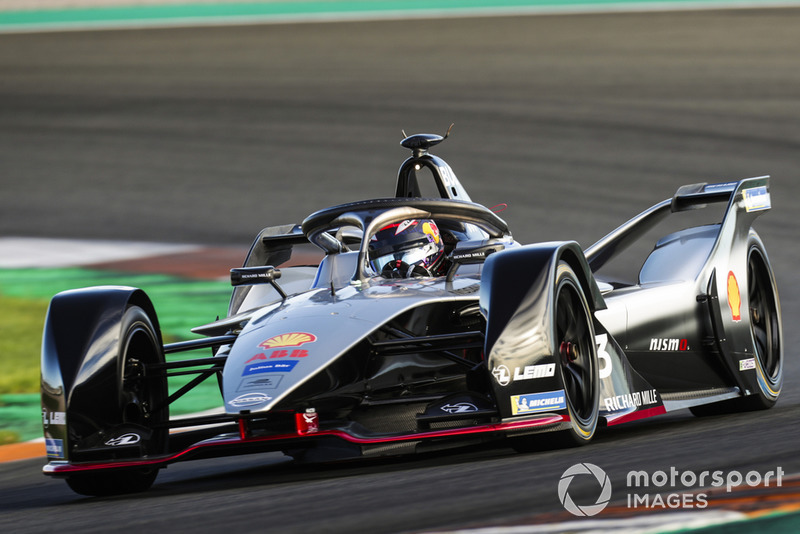