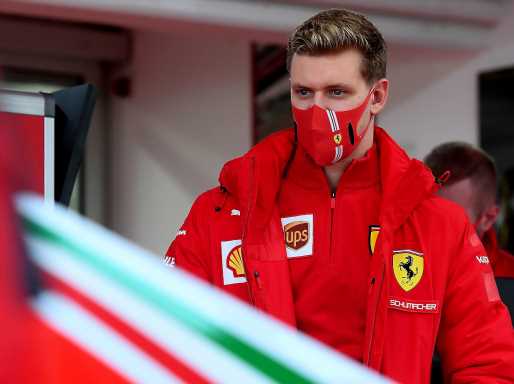 Mick Schumacher is “very ready” for his Formula 1 debut, the Haas driver capping his preparations with a run at Ferrari’s Fiorano circuit.

Schumacher is one of two rookies on the 2021 Formula 1 grid, the other being his Haas team-mate Nikita Mazepin.

But while Mazepin won’t be putting in any laps in an F1 car until pre-season testing gets underway in Bahrain in March, Schumacher was given an early run by Ferrari.

The German climbed into a three-year-old SF71H, putting in laps on Thursday and again on Friday.

“I focused my preparation, training especially on the neck muscles, and I feel well positioned there for this year.

“I am happy that the season will start soon.”

Ferrari are giving all the drivers in their F1 stable, including Charles Leclerc and Carlos Sainz, track time ahead of pre-season testing.

“It was clearly very useful to be able to get through so much mileage at the wheel of a car in view of the coming season that will be starting in about a month and a half with the pre-season testing,” Schumacher added.

. @SchumacherMick : "The SF71H is a car from 2018 but its behaviour on the track and the feelings that it gives to the driver are very similar, both in terms of how it behaves on the track and physical stress. That makes it an excellent base when it comes to preparation." pic.twitter.com/YJRBwzGNV7

Returning to the Fiorano circuit was an emotional moment for Schumacher, reminding him of his days watching his father Michael in action.

The seven-time World Champion and Ferrari legend would at times take his son to the circuit when he was testing.

Schumacher explained: “It’s one of the most beautiful places to see an F1 car. We are so close and see almost every corner.

“There is so much history here. Knowing how many laps my father has done here and now myself is very special and emotional.

“I am very happy that Ferrari has given me the opportunity to do some more laps here and it reminds me of the times when I was a little boy sitting on the grandstand there.”