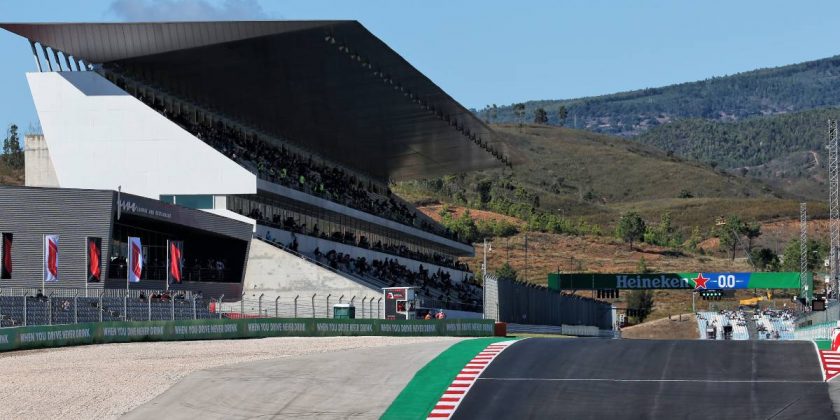 A second DRS zone has been added to Portimao ahead of the second Portuguese Grand Prix to be held at the circuit.

After the pandemic forced a number of races to be cancelled in 2020, the track in Portugal was one of those that stepped in as a replacement.

The race looked set to be a one-off event as it wasn’t included in the original 2021 calendar, but after the Chinese and Vietnamese Grands Prix were cancelled, it was added once again.

“Holding major events in our country is very important for the image and international promotion of Portugal as a tourist destination, and so it is with great interest that we see the return of Formula 1 to the Algarve in 2021,” Rita Marques, Portugal’s Secretary of State of Tourism, said at the time.

“I want to thank the FIA and F1 for its confidence in Portugal, the Algarve and the Algarve International Racetrack by choosing our country to host a stage of the F1 calendar, and to express our full commitment to make it a big success.”

In last year’s race, there was one DRS zone, found along the main straight, but there will be another one this year.

It will be located between Turn 4 and Turn 5, with the detection point 35 metres before the left-hander and the activation point 180 metres after.

That’s not the only change either, with the existing DRS zone also being shortened. Specifically, it is being reduced by a total of 120 metres.

The track proved to be popular amongst both drivers and fans last year, and that’s largely because of that fast final corner that leads into the DRS zone, which led to a high number of overtakes.

“I would say one of the trends is a high-speed last corner,” Daniel Ricciardo told Autosport.com.

“It really gives you a chance to catch the tow from early on: it’s a bit like Mugello.

“It’s quite a fast last corner and you can catch the tow a lot earlier.”