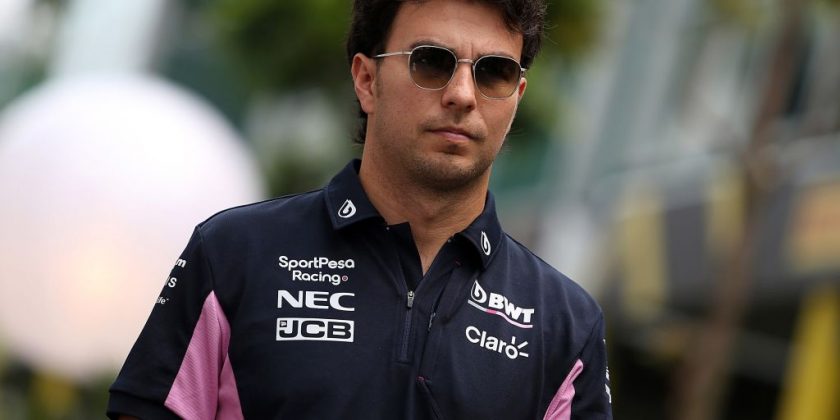 Sergio Perez was excused from media duties on Thursday and is in isolation after returning an inconclusive COVID-19 test.

Formula 1 bosses designed separate profiles for personnel based on their role to determine the tests they would undergo on a race weekend.

All Formula 1 personnel are classed as “Profile 1”, meaning they have to undergo regular COVID-19 tests.

So far Formula 1 have seen their strict protocols pay dividends, but there are concerns over Perez.

The Racing Point driver returned an inconclusive test, meaning only his team-mate Lance Stroll attended the scheduled press conference with Perez in isolation away from Silverstone.

Perez will remain in isolation until he is tested again.

FIA race director Michael Masi has said recently that he feared “complacency” from Formula 1 due to the success of their protocols so far.

“There’s certainly a level of confidence,” he previously told GPFans.

“I think one part which is not to be complacent, is probably the big part, and the fact that we have got through three events with only the two cases, but effectively outside of the paddock.

“One thing that we all need to be conscious of is that Covid-19 is very much around us and everywhere globally.

“We can’t just drop the ball, getting to Silverstone and thinking we’re invincible. My biggest fear is people becoming complacent, and we just need to stick with the process we’ve developed.”

Should Perez be deemed unable to take part in the British Grand Prix then Mercedes reserve driver Esteban Gutierrez is likely first in line to replace him.

In theory Racing Point could also call upon Stoffel Vandoorne, but he is away with the Silver Arrows for Formula E’s marathon of six races from 5-13 August in Berlin.