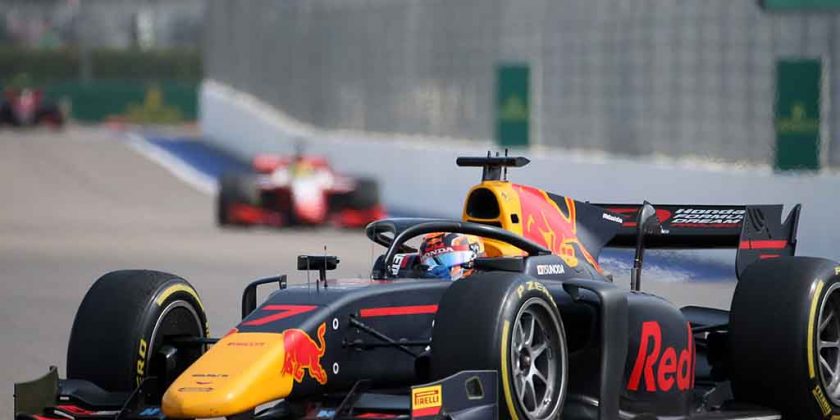 A new-look calendar for Formula 2 and Formula 3 in 2021 has been confirmed with split schedules for the junior series.

Hot on the heels of a record-breaking 23-race provisional calendar being released for Formula 1, the dates for your diaries were also announced for both Formula 2 and Formula 3.

Prior to the announcement, both junior series had already unveiled various plans to cut costs for the 2021 season which meant that both Formula 2 and Formula 3 would have more races in 2021 but at fewer venues. The two rungs below the Formula 1  ladder will also be run on separate race weekends away from each other.

That has led to the creation of the following schedules, starting with Formula 2:

Here are those all-important dates for your diary 📅 pic.twitter.com/eIs1bsjw0b

“As announced last week, one of our costs control measures for 2021 is to limit the number of rounds which will automatically lessen the teams’ budget,” FIA Formula 2 CEO, Bruno Michel, said.

“But thanks to F1 and the FIA’s support, we will now have three races per event. This means that although we have reduced the number of rounds to eight, the season will still consist of twenty-four races overall as per the past three seasons.

“The 2021 F2 provisional calendar is a mixture of European and overseas circuits, with venues that have always been very popular amongst the drivers and the fans alike.

The addition of Jeddah in Saudi Arabia makes it all the more exciting. I’m also pleased to confirm that once again all F2 events will run alongside Formula 1.”

Michel added: “As part of our cost control measures for 2021 which we detailed last week, we have decided to limit the number of rounds per season in order to reduce our teams’ budget.

“Thanks to F1 and the FIA’s support, we will now have three races per event which means that we may have gone from nine to seven rounds, but we have effectively increased the number of races overall from eighteen to twenty-one.

“This will automatically increase the mileage over one season which is something that needed to be addressed as well.

“I’m quite interested to see the F3 cars run at Zandvoort and Austin. These are two exciting new venues for us. We will also go back to Le Castellet where we saw great racing in previous years.

“F3 may no longer be racing on the same weekends as F2, I am pleased to confirm that all F3 events will take place alongside Formula 1.”