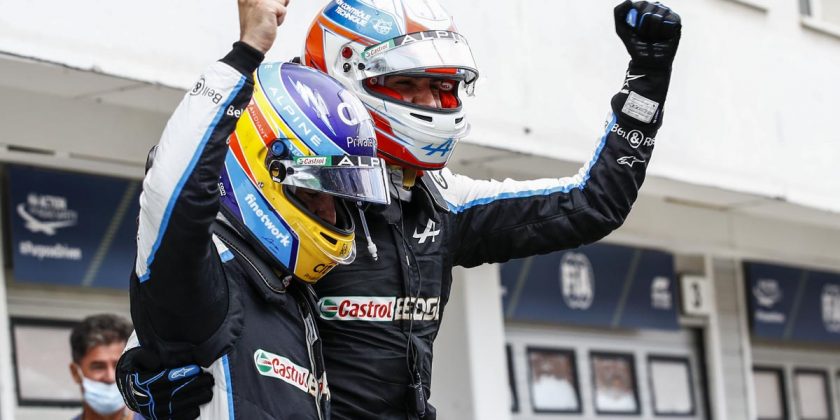 Returning to F1 after a two-year break, Fernando Alonso says having Esteban Ocon at the “top of his game” has been a good reference.

Back on the grid with Alpine this season, Alonso had a bit of a slow start, beaten by his team-mate in the first five grands prix of the season.

Since then, though, it has been all Alonso except in Hungary when the Spaniard put in a fantastic defensive drive to help Ocon to the win.

It has led to some criticism for Ocon with the likes of former F1 driver turned pundit Marc Surer saying the Frenchman is “not that convincing”.

He added to formel1.de: “As a youngster, he should beat an Alonso at least in qualifying. Always. And he can’t do that. In terms of pure speed, it cannot be that a 40-year-old drives as fast as a youngster.

“Because if he doesn’t manage that, I don’t count him as first class.”

Alonso, though, has defended his team-mate, adamant there isn’t a vast gap between the two Alpine drivers.

Two for the price of one. Ocon AND Alonso in Hungary. #HungarianGP | #F1 https://t.co/JJBu6FM5ET pic.twitter.com/9BVAJZR2zD

“It has been very close this year,” Alonso said.

“At the beginning of the year, it was not even close. I was not up to speed, for sure. So it was very helpful to have Esteban on top of his game.

“To try to get up to speed with a very fast reference was a good thing for me. I could make my adaptation a little bit shorter thanks to Esteban as well, to have that reference.”

Alonso leads their qualifying head-to-head by 8-7 and has scored 58 points to Ocon’s 45.

But it is not just on the track that Alonso appreciates what Ocon brings to the table.

“He has [helped make] a really good environment in the team now, a good atmosphere,” he said as per Autosport.

“I cannot ask for anything more at the moment.

“Let’s try to push together to help Alpine in the Constructors’ Championship, it’s going to be very tight with Aston, with AlphaTauri as well.

“So we need the best of both in every weekend.”