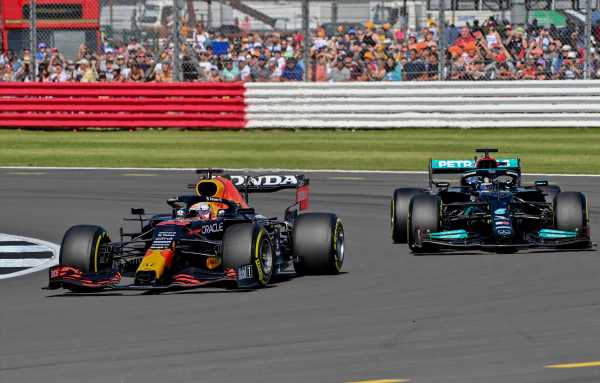 Mercedes may have lost the sprint qualifying battle but Toto Wolff believes they can still win the war at the British Grand Prix.

Arriving at the Silverstone circuit trailing Max Verstappen by 32 points in the title race, some pundits predict this weekend’s race is a must-win for the reigning World Champion Lewis Hamilton.

While Hamilton’s Friday did not get off to the best of starts, 0.7s down on Verstappen in first practice, he put in a 1:26.134 in qualifying to claim first place on Saturday evening’s sprint qualifying grid.

He wasn’t P1 for long, though.

Verstappen made a flying start to out-drag the Mercedes driver into the first corner and while Hamilton twice tried to fight back on the opening lap, the championship leader kept his nose ahead.

Verstappen took the win, and the three points, by 1.4s ahead of Hamilton, the Brit scoring two points for his P2.

Wolff is adamant that even though Red Bull won Saturday evening’s battle, Mercedes can fight back in the war and win the British Grand Prix.

The Mercedes motorsport boss says starting second and third on the grid to Red Bull’s pole and P20 – Sergio Perez’s retired on Saturday evening – means the Brackley squad can play the strategy game against Verstappen.

On another day, F1 Sprint winner @Max33Verstappen might not have got off the the start line at Silverstone 👀 🔥 😲#BritishGP 🇬🇧 #F1Sprint pic.twitter.com/QQAgSp5onD

“I think we have pace, if Lewis would have held his position at the beginning I think we would have pretty much had the same race, just with a Mercedes in front,” Wolff said at Silverstone.

“That means we are equal in performance, and with two cars right there you can split the strategies.

“It looks like tyre strategy can play a big part in these temperatures as well. So we will be aiming to fight back strong in the grand prix proper.”

Verstappen’s lead in the Drivers’ Championship is up to 33 points after the sprint qualifying race. There are, however, another 26 points still to play for at Silverstone.