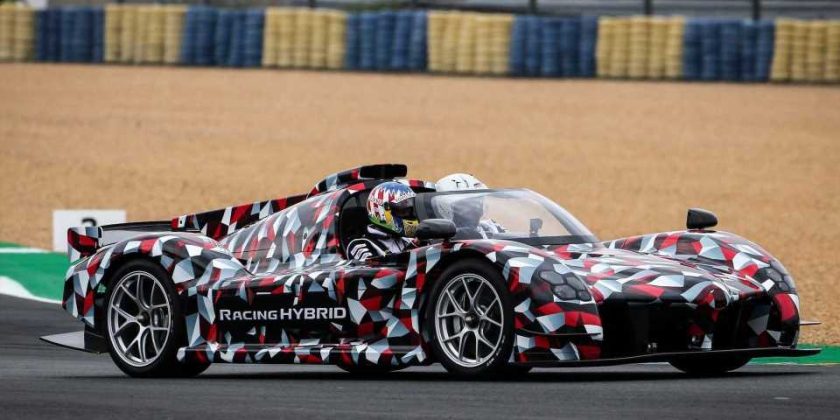 The wait to see the racer is nearly over.

After years of waiting, the production version of the Toyota GR Super Sport Concept debuts on Friday, January 15. The company teases it by revealing some of the specs for the future racer.

Companies competing in the LM Hypercar class in the World Endurance Championship have to build at least 20 road-going examples of their racer. Right now, it’s not clear whether Toyota could release any info about the road car when the competition version debuts.

Toyota first presented the Toyota GR Super Sport Concept in June 2018. At the time, the company intended it to have a mid-mounted 2.4-liter twin-turbo V6 with hybrid assistance making a total of 986 horsepower (735 kilowatts). Changes in the class rules limited the output of competitive machines to 671 hp.

Some photos of the GR Super Sport’s development show it with a removable, targa-style panel over the roof. While we don’t expect the racer to use this, since the opening would likely compromise the aerodynamics, the element could show up on the road-going version.

To prepare to go racing, Toyota completed a three-day shakedown of the GR Super Sport at the Paul Ricard circuit in France in October 2020 and three more days of testing at Portugal’s Algarve track in December.

Toyota GR Super Sport will make its competition debut at the FIA WEC 1,000 Miles of Sebring on March 19.