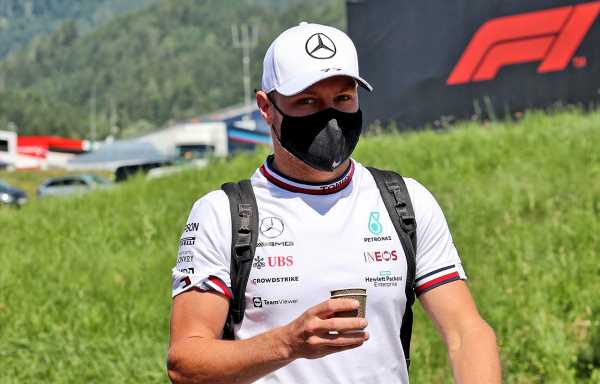 Valtteri Bottas has said if he is to leave Mercedes at the end of 2021 campaign, he will look at his other options to remain on the Formula 1 grid in 2022.

With Lewis Hamilton’s new two-year contract extension announced by Mercedes at the Austrian Grand Prix weekend, all focus is now on which driver will partner him next season.

The choice, just as it was ahead of the 2021 season, is between Bottas and George Russell, with rumours continuing to circulate that Russell will finally get his big breakthrough at the Silver Arrows next year.

And although Bottas has said he has not been informed yet by Mercedes over a decision for 2022, he would be looking at his options to stay in Formula 1 as he still feels he has “many, many years” of racing left in him.

“For me I just realised it is already July and the August break is only two races away after this one, so soon we will have to discuss, but not today or not tomorrow,” Bottas told reporters after qualifying at the Austrian Grand Prix.

“First I want to get the understanding from the team, what is the plan, which driver they want in the other car. Lewis is confirmed, the other is still free, so the team needs to decide and I need to have that discussion.

“But I also feel I still have many, many years still left in me, I enjoy racing, I love racing, I love Formula 1, so it’s definitely not time to go to other forms of motorsport in the coming years.

“If that wasn’t the case that I wouldn’t continue with Mercedes, of course I would look at other options, but it is not something I need to think about now and I also have good management team, and they haven’t told me anything yet.”

With plenty of the F1 2022 grid already filled up, the most realistic and perhaps only option for Bottas would be to return to Williams if Mercedes do not retain his services for another season.