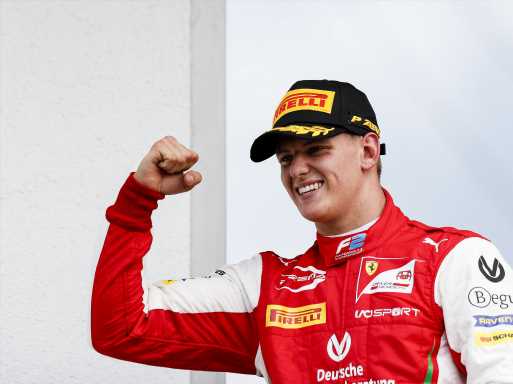 Frederic Vasseur has said Mick Schumacher needs to focus on Formula 2 amid rumours he is in line for a seat at Alfa Romeo.

The son of the seven-time World Champion was recently tipped by ex-Formula 1 driver Nick Heidfeld to potentially replace Antonio Giovinazzi as early as during this upcoming season but it appears the Alfa Romeo boss is happy to play the waiting game instead.

Initially asked by Blick about the Ferrari/McLaren/Renault merry-go-round in the extended off-season, Vasseur said: “That was really a strange time [to make those decisions] without having driven one kilometre so far this year.

“The dominoes just fell over.

“For us there is no rush. Kimi [Raikkonen] still has a contract until the end of the year and then we’ll see.

“I don’t have to tell anyone how valuable he is and Giovinazzi became stronger and stronger at the end of the season.

“Everybody’s entitled to their own opinion but Mick should first concentrate on his Formula 2 career.”

Kimi Raikkonen will make a decision on whether to retire at the end of the season depending on how much he still enjoys racing when the season finally gets underway in July.

Giovinazzi, meanwhile, is hoping that he can continue to improve in the hope that he force himself into the reckoning for a Ferrari seat later on his Formula 1 career.