Zero dark thirty on Friday, June 8. Pikes Peak. Testing and practice for the world’s best-known hillclimb race must wrap up before the looming daytime tourism hours, forcing competitors to learn the unique race route and how their cars handle it during an early morning time slot, in which car preparation must be done before dawn. 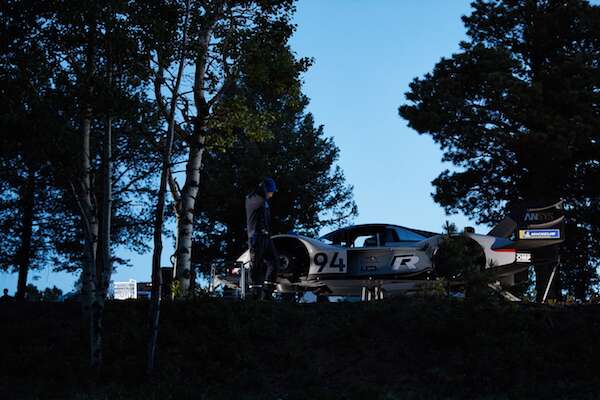 Volkswagen’s entry for this year’s event is the I.D. R, an electric prototype car producing 680 all-electric horsepower, and more than its own weight in downforce, even at altitude. The car was developed with the help of Porsche from little more than a concept in August to a real steel (and carbon) thoroughbred prototype, which it revealed in April. Enlisting the aid of Romain Dumas, a successful endurance racer and three-time Pikes Peak winner, Volkswagen launched the I.D. R’s European testing program immediately afterward and shipped both car and team to the United States in preparation for Pikes Peak. 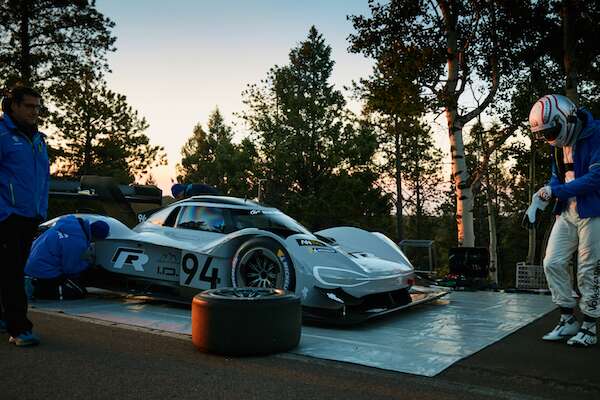 The race itself is notorious for its power and downforce-sapping thin air, which only worsens as one ascends from the 9,390-foot start line to the mountain’s 14,110-foot peak, where there is around 60 percent as much oxygen as at sea level. Unpredictable weather and a rough racing surface further complicate the race, which will be held for the 96th time on the final Sunday of June. 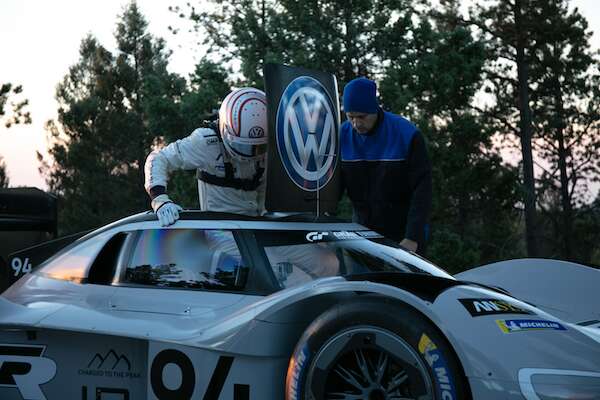 Friday’s testing program consisted of a series of crack-of-dawn test runs up different segments of the mountain, alongside its competitors in the Unlimited class—one of the few classes of its kind remaining in motorsport. Weather was clear, and the road unusually clean, with recent rains wiping away much of the gathered dust and gravel typical of Colorado’s roads. The agenda was two runs from the start line to the Glen Cove checkpoint before trading test areas with the lower classes, which were busy testing the upper half of the course concurrently. After racing the upper half, remaining time would be used for full-course runs. Two car setups were tested. 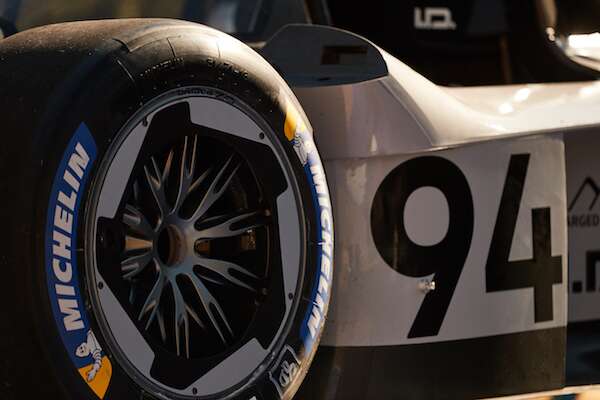 Testing of the lower half of the course went off without a hitch, and if our video footage is anything to go by, Dumas and the I.D. R appear to set the standard for pace up the mountain; sector times at this stage are neither available nor consequential. The speed he carries through corners and the rate at which the I.D. R accelerates with no more sound than that emitted by its transmission is almost eerie. Corner marshals reported the I.D. R’s mandatory 120-decibel siren as nonfunctional, though it did work at times, albeit at an ineffectual volume—something Volkswagen will fix before race day.

Despite starting phase two of the day’s testing on the upper half of the mountain without a full charge, Dumas maintained momentum through his first run on the upper half of the course, grappling with regenerative braking systems all the way. Near the top, an unannounced repaved section caught Dumas off guard, and once at the summit, the I.D. R’s battery was spent. Dumas wanted to hitch a ride down to Glen Cove where the backup I.D. R was waiting, fully charged, but the race’s organizers requested he stay with the expired car and be towed down. By the time Romain reached the second car, there was no time left for another test run. 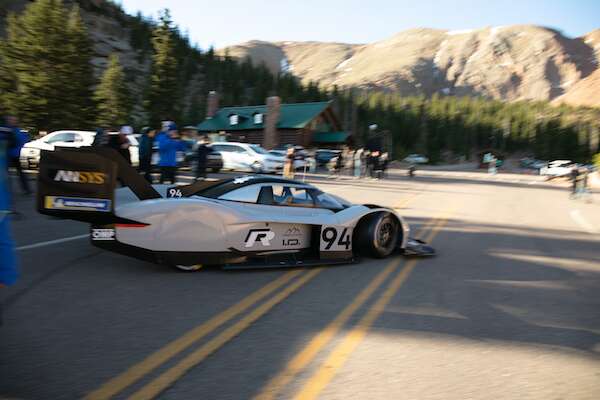 The Drive got a chance to speak with Dumas after the test about his involvement with Pikes Peak, the I.D. R program, and his expectations for race day. Stay tuned for more.