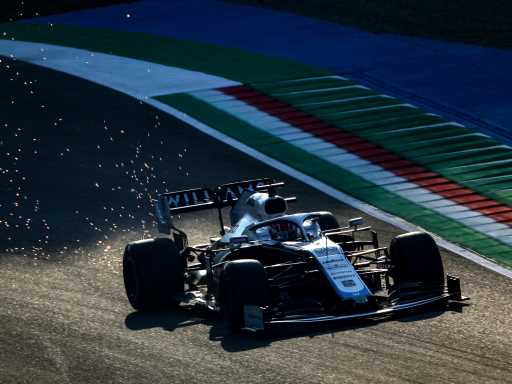 Incoming Williams CEO Jost Capito is happy to keep the team’s legacy, but says a “Williams 2.0” is needed to lead Formula 1.

Williams are one of Formula 1’s most iconic teams with nine constructors’ World Championships to their names, while also providing the platform for seven drivers’ titles.

Their list of former drivers is star-studded to say the least, boasting the likes of Alain Prost, Nigel Mansell, Keke Rosberg, Nelson Piquet and Damon Hill.

But the era of Williams family ownership came to an end in 2020 when the team was sold to investment firm Dorilton Capital. The new owners were, though, keen to keep the famous Williams name and also its family atmosphere.

However, recent times have been very tough for the Grove outfit who in 2020 finished a season with zero points for the first time in their history as a constructor. That came after collecting only eight points across the previous two seasons.

Indeed, Williams have propped up the constructors’ Championship for the past three seasons.

So if we are to see a Williams resurgence in the future, then it cannot be this version that achieves it according to Capito. A ‘Williams 2.0’ is the only way.

“We will clearly keep the story with Williams. We stand by it, it’s great,” said Capito when appearing on the podcast ‘Old School‘, as quoted by Motorsport-Total.com.

“Only there has to be ‘Williams 2.0’ now, where Williams continues to have a leading role in Formula 1.”

New Williams CEO Jost Capito: "For this year, no miracles are to be expected because you can only change very little on the car.” #F1 pic.twitter.com/9RJoH9vszY

The Williams family pushed hard for change to Formula 1 as Mercedes, Ferrari and Red Bull established themselves at the top of the series with far superior budgets to the remaining teams.

That change came in the form of a budget cap and also new regulations to make the cars easier to follow and overtake, while also reducing the gaps in performance throughout the grid – at least that is the intention.

But only the budget cap will come into play from 2021. The new cars were pushed back to 2022 due to the financial implications of the global health pandemic.

Plus, a freeze was also put in place on the 2020 cars to ensure limited development on them in the 2021 campaign. Instead, teams will have only two tokens to use on chassis upgrades.

So, considering that will likely lock in a disadvantage for Williams, is Capito regretting the freeze?

“I think it’s absolutely the right thing to do, even if it might not seem opportune from Williams’ point of view,” he confirmed.

“But I think if that hadn’t happened, the distance [to the front] would have become much bigger.”