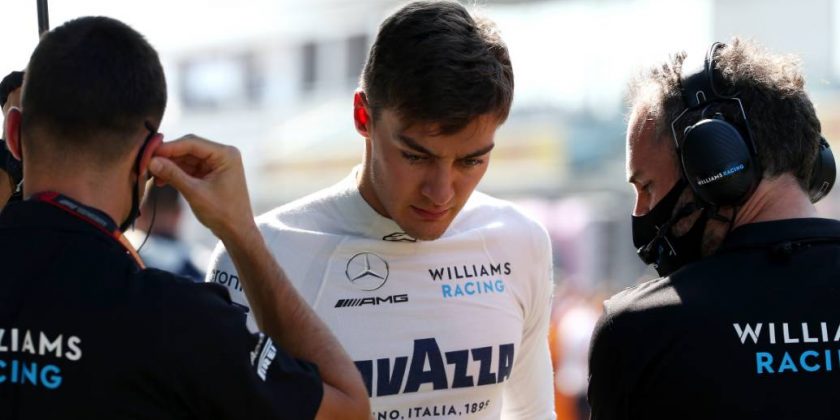 Although he wouldn’t be happy if Williams dropped George Russell, Toto Wolff has again insisted it is the Grove team’s decision and one that Mercedes won’t interfere with.

Williams confirmed Russell for the 2021 season back in July, saying both the Mercedes protégé and his team-mate Nicholas Latifi will remain with the team.

A lot has changed since, led by new owners Dorilton Capital who bought the team from the Williams family.

Dorilton, according to the rumour mills, is considering a different line up for next season, one that comes with more sponsorship money from Sergio Perez.

The Mexican driver brings with him millions, although a significant portion of that goes on his own salary.

Russell doesn’t come with any sponsorship although he does have the backing of Mercedes, Williams’ engine supplier.

Wolff, however, is adamant Mercedes has no position to get involved in Williams’ driver line up talks nor will he hold it against Williams if they do drop his driver.

“We wouldn’t be happy, but it wouldn’t damage our relationship with Williams,” he told Auto Motor und Sport.

“The engine contract is not tied to Russell. It’s a separate agreement.

“We have a contract with Williams until 2025, and Mercedes is known for respecting contracts.

“We respect Williams’ independence. You have to make the decisions that are best for your team.”

Wolff, though, is adamant that retaining Russell is what would be “best” for Williams.

“The new owners of Williams want to bring the team forward. That is only possible with good drivers,” he said.

“I would keep Russell in their place.”

Russell, though, need not worry about being unemployed should Williams decide to go with Perez.

Wolff added: “Then we will have a sensational replacement driver in George and give him as many test opportunities as possible to optimally prepare him for 2022 and beyond.”

2022 would even be a step up to Mercedes as many pundits predict it is only a matter of time before the Brit is called up to replace Valtteri Bottas.