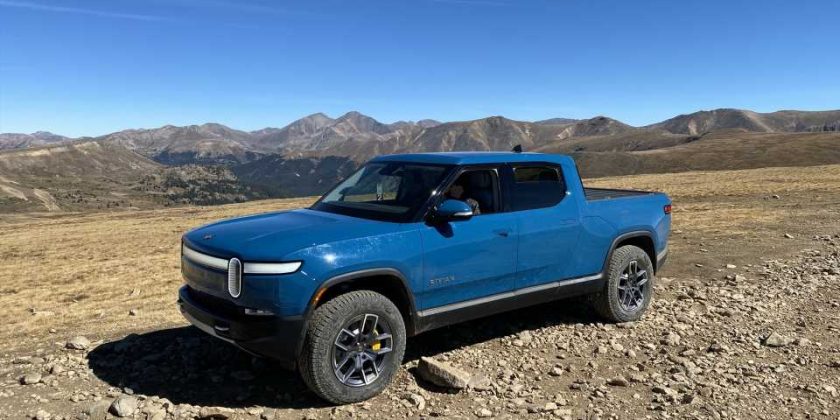 The Rivian R1T electric pickup truck has earned a Top Safety Pick+ from the IIHS, the insurance-industry funded safety group announced on Friday. Widely considered to be the most rigorous independent safety rating in the U.S., the TSP+ award applies to both 2022 and 2023 models from the startup electric vehicle maker.

The only other pickup truck to earn the TSP+ distinction was the 2022 Toyota Tundra, but Toyota’s full-size truck has been beset by four recalls since it launched earlier this year, including for an axle shaft that can separate. Recalls are common for the first year or two of a new model, and the Tundra hadn’t been redesigned since 2007. It was the first Toyota to sport two new powertrains that have since cascaded down to other Toyota/Lexus vehicles.

The 2022 Rivian R1T has been recalled three times.

The R1T crew cab has standard LED projector headlights rated “Good” and a standard automatic emergency braking system that earned “Superior” ratings in avoiding crashes with other vehicles and pedestrians at speeds of up to 25 mph. That’s a good thing, because the truck and its 135-kwh battery pack weigh 7,148 pounds.

The NHTSA still hasn’t crash-tested the Rivian R1T or the related Rivian R1S three-row SUV. Neither the IIHS or the NHTSA has tested the Ford F-150 Lightning electric pickup.