If you want a road-legal, sub-10 second quarter-mile car, your only option today is the Dodge Challenger SRT Demon. A car designed and built to be quick off the line and to conquer the drag race masters from all kinds. But for a tuning company that goes by the name of Speedkore that’s not enough.

The tuners have something very special set to debut publicly at the upcoming SEMA show. It’s a Demon with two 6875 Precision Billet ball-bearing T4 turbochargers replacing the stock supercharger. Thanks to the new forced induction, the V8 engine under the hood is now delivering approximately 1,400 horsepower (1,044 kilowatts) at the flywheel, which means up to 1,200 hp (895 kW) reach the rear wheels. Take that, Hennessey!

If the bodywork looks almost unchanged, better make a closer inspection. Every exterior panel is replicated by a carbon fiber detail, including the bumper, hood, diffusers, rocker panels, wheel arches, fenders, and decklid. We don’t know the exact weight of the car, but it’s significantly lower than a stock Demon.

Given that, it comes as no surprise the quarter-mile sprint now takes just 8.77 seconds, or nearly a full second less than a factory Demon with its 9.65 seconds. The terminal speed is 162 miles per hour (261 kilometers per hour) and the sound is amazing.

This new carbon fiber Demon from Speedkore is an evolution of the all-carbon Demon the company revealed at the 2017 SEMA. Then, the car featured its stock engine with “just” 840 hp (626 kW). The more powerful new Demon will be on display at this year’s show in Las Vegas from October 30 to November 2.

This is, as far as we know, the quickest Demon in the world today. Knowing how obsessed the folks at Hennessey are with power and speed, we won’t be surprised if they come up with something quicker soon.

Source: Speedkore via Road and Track 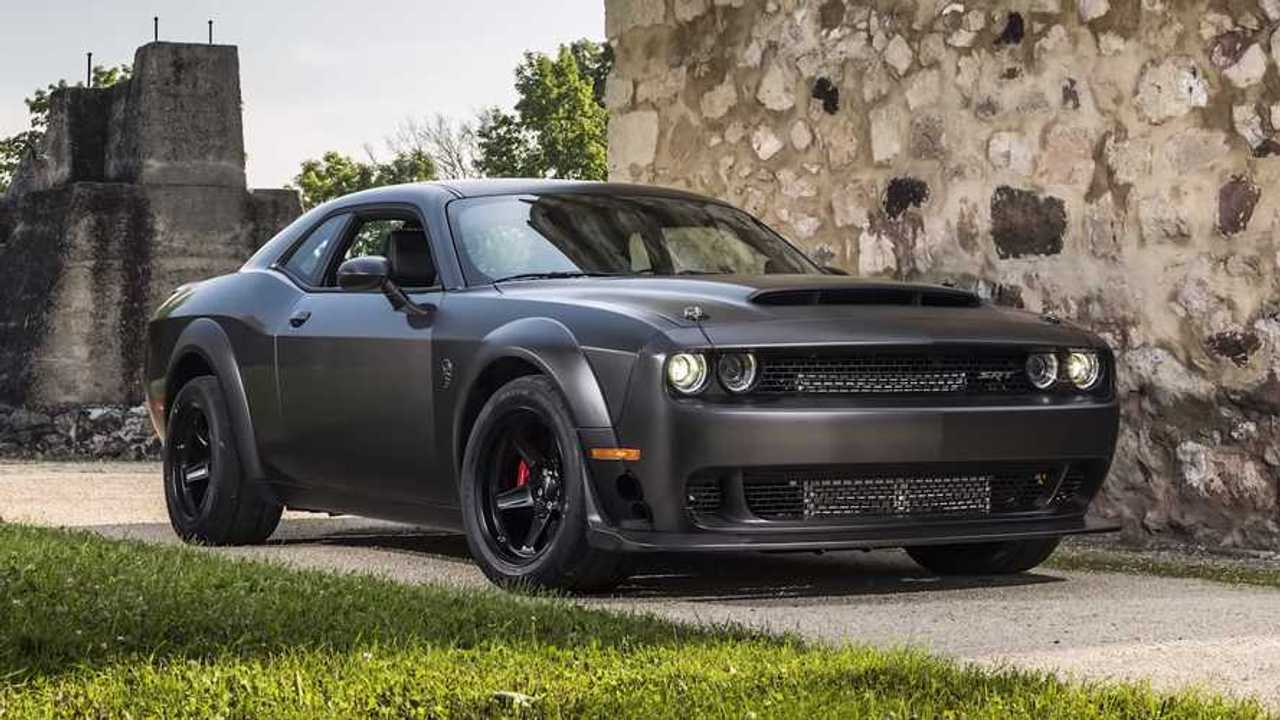