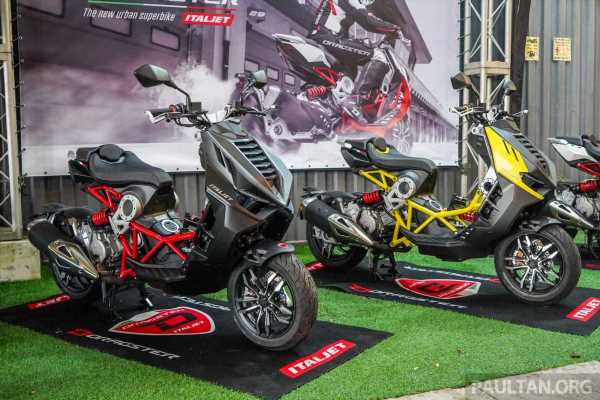 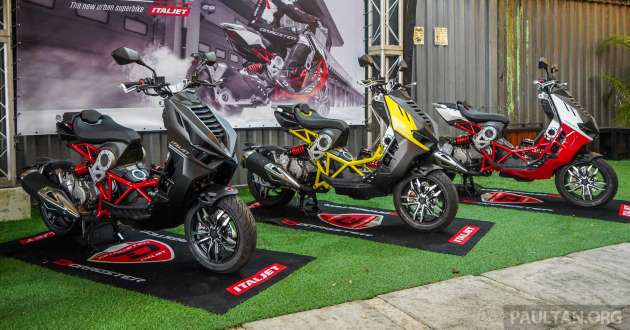 Ahead of its official Malaysian launch, local media were given a first look at the 2022 Italjet Dragster, which comes in 125 and 200 models. Pricing will only be revealed on the day of launch on October 8 but from information received, expect the Dragster 125 to be around RM30,000 in the local market, while the Dragster 200 will be around the RM35,000 price point.

An automatic gearbox and belt drive sends power to the 13-inch rear wheel, which is shod with 140/70 rubber while the 12-inch front wheel gets a 120/70 tyre. For suspension, the back end of the Dragster gets a monoshock adjustable for preload while the front gets an independent single-sided suspension system with steering and suspension components separated, much like the front yoke suspension of an aircraft.

Standard equipment is two-channel ABS, acting on Bramble hydraulic callipers front and rear. The front wheel gets a single 200 mm disc while the rear wheel is stopped with a 190 mm unit.

LED lighting is used throughout on the Dragster with the headlights having an output of 80,000 lumens. 9-litres of fuel is carried in the tank located under the floorboard while seat height is set at 770 mm with weight claimed to be 140 kg for either Dragster model.