The Triumph Scrambler 1200 XE will be raced at the historic Baja 1000 desert endurance event, piloted by stuntman and experienced off-road and desert racer Ernie Vigil. The news comes just after the bike has been officially unveiled, and the Baja 1000 event, in the California Baja peninsula of Mexico, will be held from November 14-18, 2018. The race bike is almost stock except for the addition of engine protection bars, an extended sump guard and race-specification lighting, and a race exhaust system and tuning. The front and rear turn indicators will be removed, as well as the pillion footpegs. 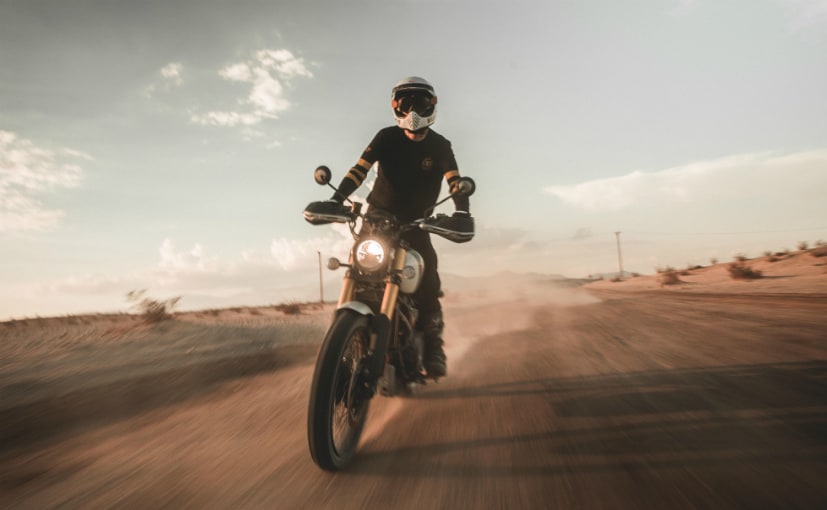 The Scrambler 1200 XE used at the Baja 1000 will be slightly modified, but near stock

The Scrambler 1200 XE is the more off-road oriented variant in the new Triumph Scrambler 1200 range, and in stock form comes with 250 mm of suspension travel. The engine is the “high power” 1200 cc parallel-twin unit shared with the Triumph Thruxton R, but has been re-tuned for better low-end power and torque on the Scrambler 1200, which puts out 89 bhp at 7,400 rpm, and peak torque of 110 Nm at 3,950 rpm.. Of course, the race exhaust and subsequent tuning on the race-spec Scrambler 1200 XE is expected to have slightly different engine characteristics than the stock engine. Ernie Vigil, a seasoned off-road racer and stunt rider, will be piloting the Scrambler 1200

The rider, Ernie Vigil, is a highly capable off-road rider, who also races and doubles up as a stunt rider. He has over 15 first place finishes and is a veteran of the Baja 1000 course, having ridden the same terrain during the Mexican 1000 on a Triumph Tiger 800. Triumph played an important role in the early racing scrambler scene in the 1960s. Steve McQueen rode a Triumph TR6 in the 1964 International Six Days Enduro, alongside Cliff Coleman, and Dave Ekins. And McQueen’s stunt double for ‘The Great Escape’ movie, Bud Etkins.