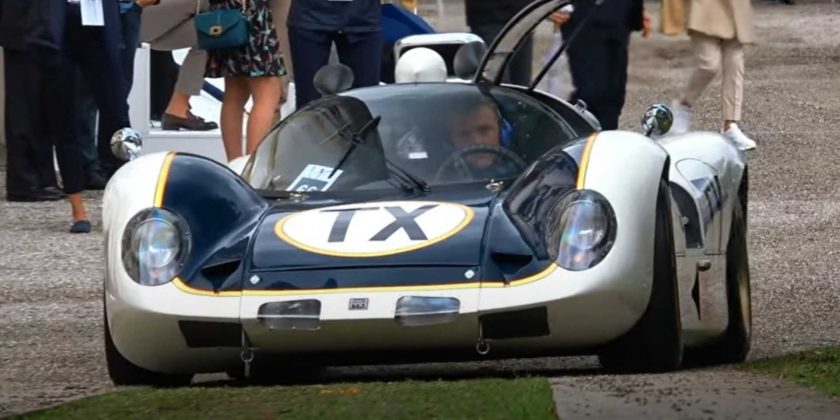 A very rare prototype racing car attended this year’s Concorso d’Elegance Villa d’Este, unleashing, at least partially, its unusual power. The car in question is a Howmet TX, which was designed and built in 1968 to explore the idea of a gas turbine-powered race car. It was a joint effort between racing driver Ray Heppenstall, McKee Engineering, which provided the chassis, and Howmet Corporation, which financed the project.

The Howmet TX is famous for being the first and only turbine-powered race car to date to win an actual and official race. In its short-lived, one-year motorsport career, the TX won two Sports Car Club of America (SCCA) races and two more qualifying sprint victories. It also set six land speed records after its retirement from motorsport.

Originally, the TX had turbines loaned from Continental Aviation & Engineering, which were designed for a military helicopter prototype that never reached production. Two TX cars were built, each powered by a TS325-1 gas turbine with 350 horsepower (260 kilowatts) and 650 pound-geet (880 Newton-meters) of torque. More impressively, the redline was at about 57,000 rpm.

The race car was not equipped with a transmission and instead had a single gearing speed. However, the differential was able to quickly change the gearing ratios, thus allowing the car to be adapted for different race tracks. Also, the lack of a gearbox meant there’s no reverse, and the car was eventually fitted with a small electric motor as FIA required reverse to homologate it.

As far as we know, the TX filmed in the video above doesn’t have the original Continental turbine under the hood as it was not available during the vehicle’s restoration. Instead, an Allison 250C18 turbine has been fitted, however, we can’t confirm the information for the moment. Regardless of the exact type of turbine used, though, the sound during acceleration is absolutely epic.