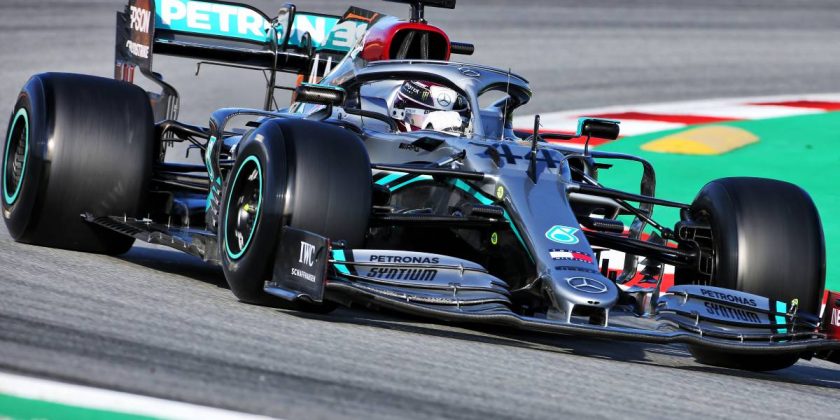 Lewis Hamilton says a return to Mercedes’ silver livery would be “a nice change”, should the team revert to that colour from their current scheme.

From the start of the 2020 season, Mercedes have adopted a predominantly black livery to support Hamilton’s push for greater diversity and equality in Formula 1.

Although it was the seven-time Drivers’ World Champion who requested Mercedes’ change of livery and appreciated that it had been implemented, he would have no problem if they decided to switch back to their traditional colour in future seasons.

Instead, the 36-year-old Briton would prefer to focus on practical changes that can be actioned rather than the more symbolic gestures.

In saying he did not “have a particular feeling towards it” in terms of the livery, Hamilton told reporters, quoted by Motorsport.com: “It’s originally a silver arrows.

“When I asked if we could go to make the car black last year, in terms of the symbolism, and what we intend to do moving forward in terms of support, I wasn’t expecting it to last particularly long and we carried it into a second season, which is awesome.

“If it goes back, it will be a nice change. It doesn’t deter us from the changes we are making internally as we continue to truly push for diversity, even working with all of our partners.

“Even the other day with UBS, we had these young kids come [and talk to us as we] try to inspire the next generation of engineers from all different backgrounds.

“We’ve got a good programme going, so it doesn’t make a difference.”

This summer, Hamilton launched Mission 44 to empower youngsters from under-represented groups in the UK, seeking to ensure greater equality in both employment and the education system.

That came soon after his Hamilton Commission published its findings and recommendations to help improve diversity in the motorsport industry, which the 2021 World Championship leader said he was “personally committed to ensuring they are put into action”.

On Mercedes’ part, they announced the Accelerate 25 programme towards the end of 2020, stating a five-year plan with the target of 25% of all new hires in the team to be from under-represented groups until 2025.