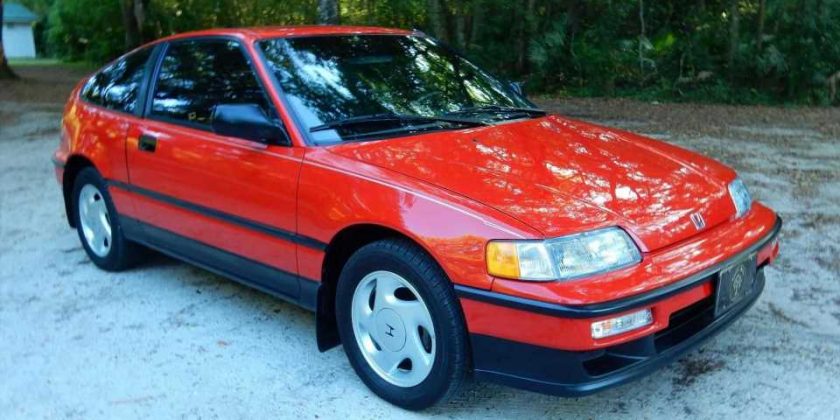 If you’re among those who are young enough to exist (and already have the mind to appreciate cars) in the ’90s, then the Honda CRX needs no introduction. The odd-shaped yet revered compact sports car was relatively successful during its time, peaking at over 66,000 units sold in 1986.

That said, there are a number of used Honda CRX units you can buy today. One of them apparently fetched $40,000 on Bring a Trailer. For a 30-year-old non-exotic Japanese car, that’s quite a sum. A quick Google search shows used CRXs being sold anywhere from $5,000 to $15,000, depending on the condition.

The 1990 Honda CRX Si sold isn’t as mint as the 10-mile unit from Portugal. It already had 12,000 miles on the clock, plus there are paint blemishes on the rear bumper cover and right door, and a scratch on one of the wheels. It does come with an accident-free Carfax report, though, plus a window sticker, manufacturer’s literature, service records, and a clean Florida title under the name of the seller.

Of note, the winning bidder for this Rio Red Honda CRX is the third owner, with the first owner driving the car until 2018 when it was bought by the second one.

Since its acquisition in 2018, work has been done on the engine of this classic sports car. The seller replaced the timing belt, water pump, tensioner, thermostat, fuel injectors, and spark plug wires. The original parts were included in the sale.

Say what you want about this purchase, but it seems like the buyer was pretty happy with his purchase. According to his remark in the comments section of the Bring a Trailer listing: