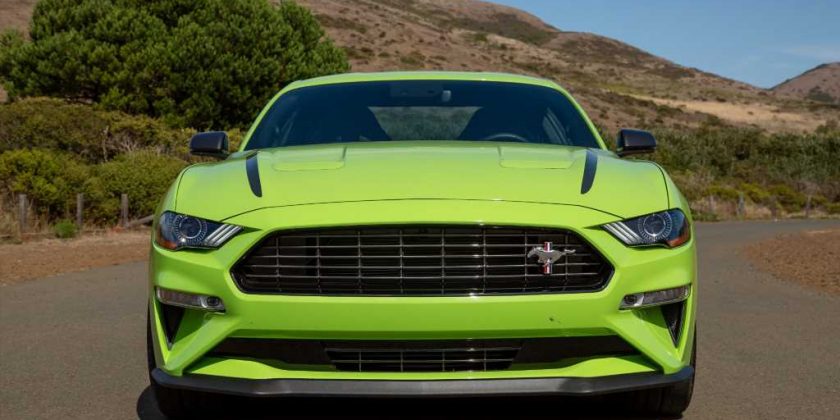 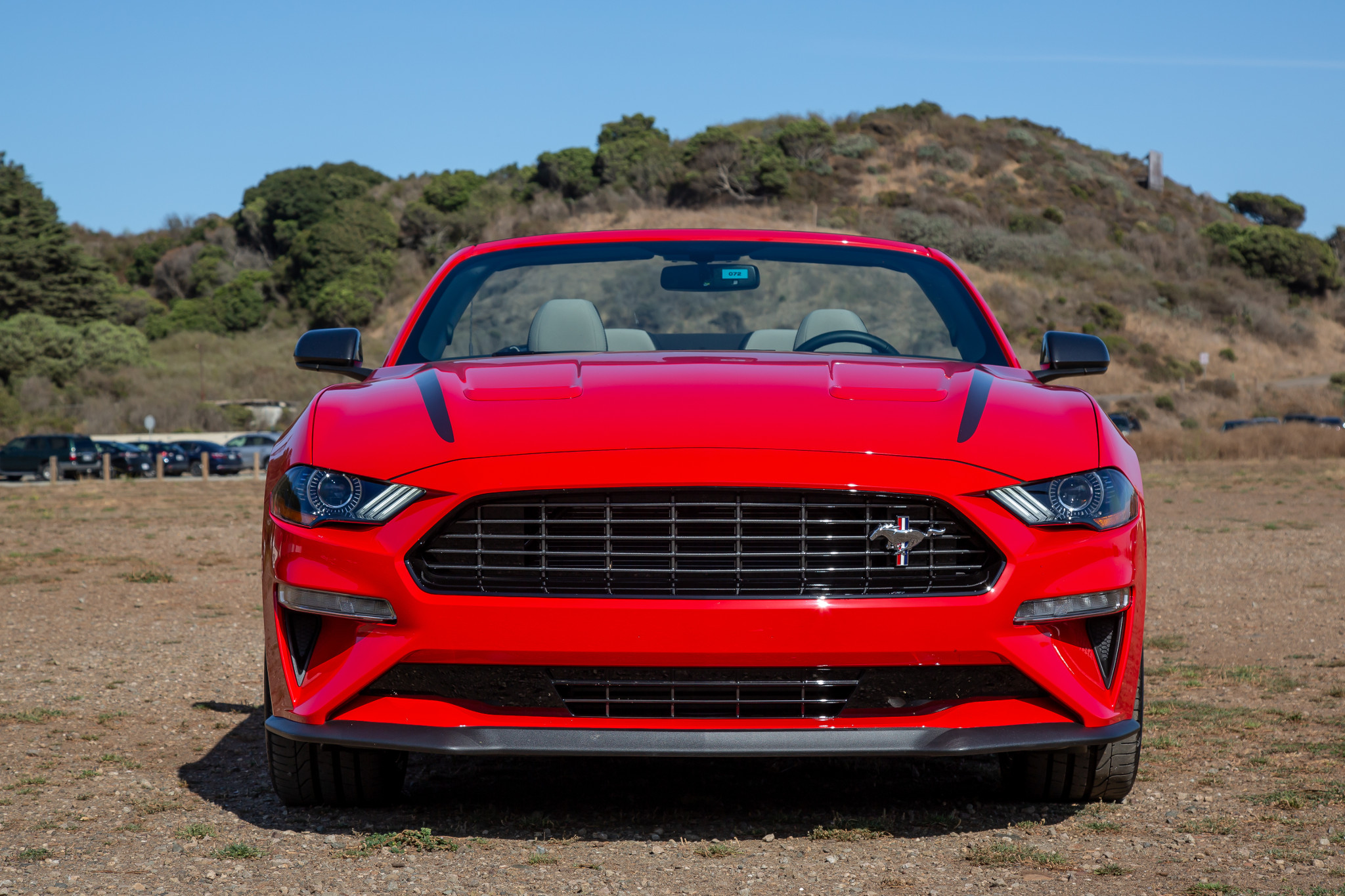 Does a Ford Mustang without a V-8 leave you feeling unfulfilled like a burger minus a side of fries? The culinary comparison sounds silly, but there’s something about driving a muscle car that demands the full immersive experience. During our time with the 2020 Ford Mustang EcoBoost High Performance Package, we discovered a turbocharged four-cylinder can provide lots of driving excitement in the original pony car — just don’t try saying that corporate-sounding name more than once.

With a total of 330 horsepower, the Mustang HPP (that’s better) doesn’t skimp on the performance part. And since it’s more than 200 pounds lighter than a Mustang GT with its heavy 5.0-liter V-8, the HPP is especially nimble and eager to dart around corners. That sounds great, but like that lonely burger, there’s also something missing from the menu.

To read our complete assessment of the 2020 Mustang HPP, click on the related link above. For a fast take on this rapid four-cylinder ‘Stang, keep scrolling to discover our six biggest likes, plus three things we could live without.

We understand many sports car and muscle car fans won’t consider anything that doesn’t have a rumbling V-8 under the hood. That’s fine, but they’re missing out on some excitement with the Mustang HPP. This turbocharged 2.3-liter four-cylinder sends 330 hp and 350 pounds-feet of torque to the rear wheels. Granted, the Mustang GT maintains a significant 130-hp advantage over the HPP model, but you’d never call this turbo four Mustang a slow poke. 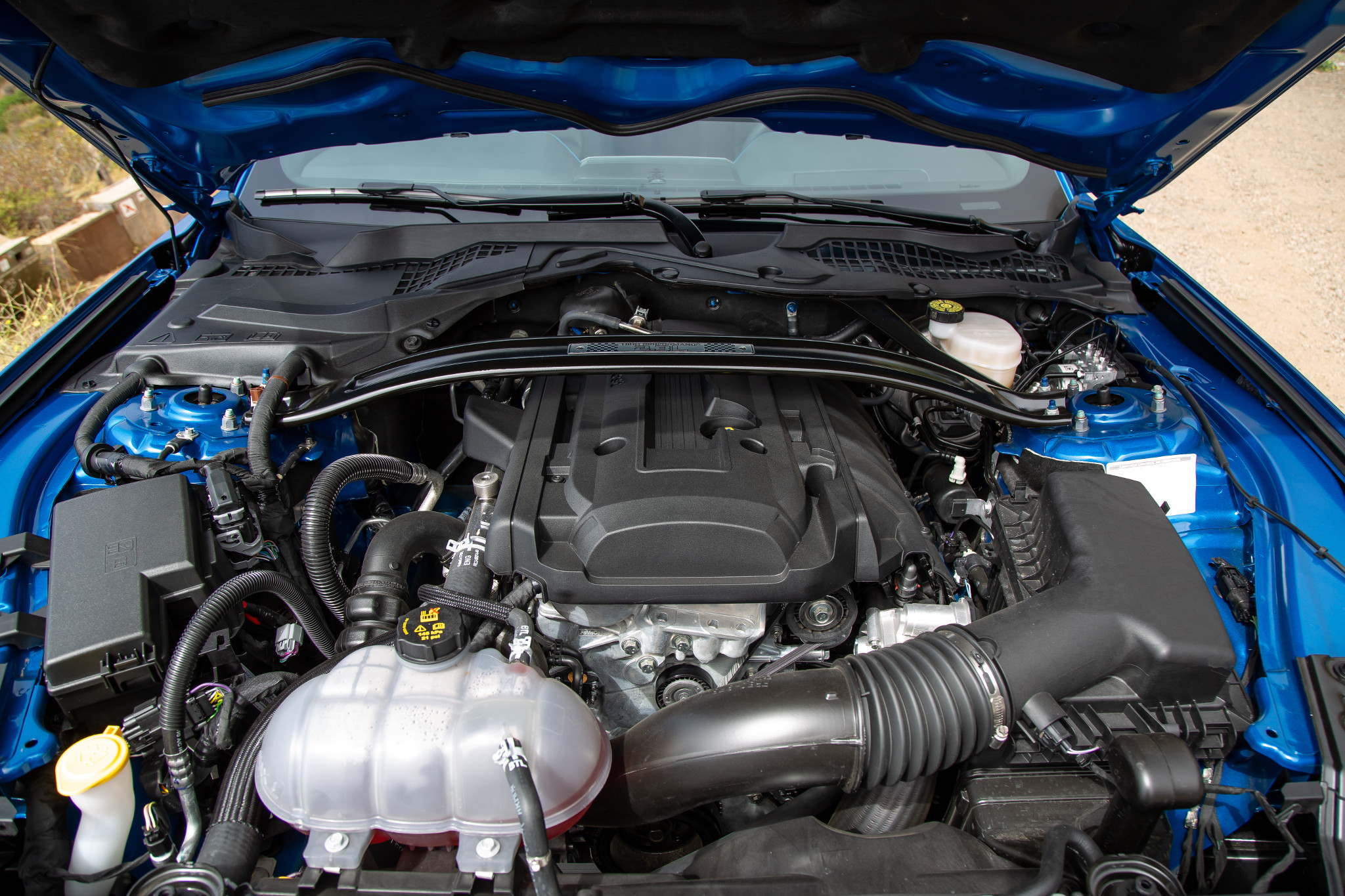 2. Manual Gearbox for the Win

Like most of the Mustang range, the HPP can be had with a six-speed manual or optional 10-speed automatic transmission. In our opinion, the manual is a better match for the power and torque characteristics of this turbo engine. In comparison, the automatic feels lost and doesn’t make the most of the available power that’s found higher in the rev band. Plus, if you stick with the manual, you’ll save $1,595.

By and large, from the way it looks to how it feels from behind the wheel, the Mustang HPP is a pure muscle machine. The aggressive shape is accentuated by the HPP’s 19-inch wheels and rear spoiler (on the hardtop model). Of course, adding a bright paint job like Twisted Orange, Red Hot Metallic, Velocity Blue or Grabber Lime helps you stand out, too.

So, are we technically recommending the 2020 Ford Mustang EcoBoost High Performance Package with the EcoBoost Handling Package? (Seriously, Ford, let’s talk about condensing and getting more creative names, please.) As it stands, we highly recommend the EcoBoost Handling Package: For an extra $1,995 you get larger Pirelli tires, upgraded brakes, a 3.55 limited-slip differential and MagneRide adaptive damping for the suspension. The standard HPP is good, but adding this option makes it much better. 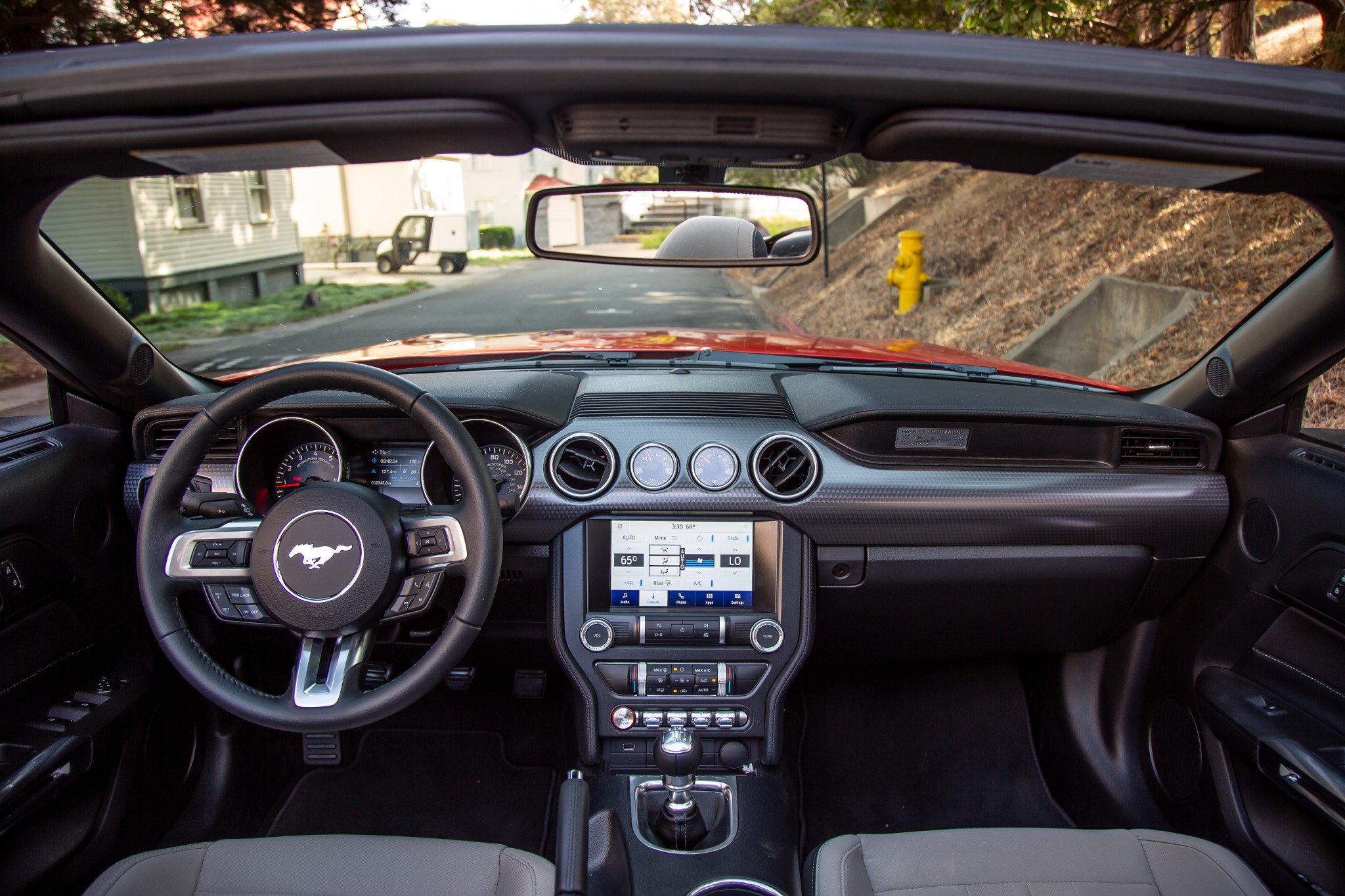 Since the turbo four weighs less than a big V-8, the Mustang HPP is more than 200 pounds lighter than an equivalent GT model. This alone makes the HPP sharper around corners and gives a boost to your confidence when twirling the steering wheel.

For all its grip and straight-line speed, let’s not forget how usable the Mustang HPP is on a daily basis. The MagneRide system firms up the suspension, but you never feel like you’re being shaken to pieces if the road beneath you isn’t pool-table smooth. The HPP is also kinder to your fuel budget, with EPA-estimated figures of 20/27/23 mpg city/highway/combined. For comparison, a Mustang GT with a six-speed manual musters a thirsty 18 mpg combined.

The Mustang HPP has the moves, but it doesn’t have the sweet soundtrack of the GT’s V-8 engine. Even with its active exhaust system, the Mustang HPP sounds flat and dull compared to the roar you get with the V-8. 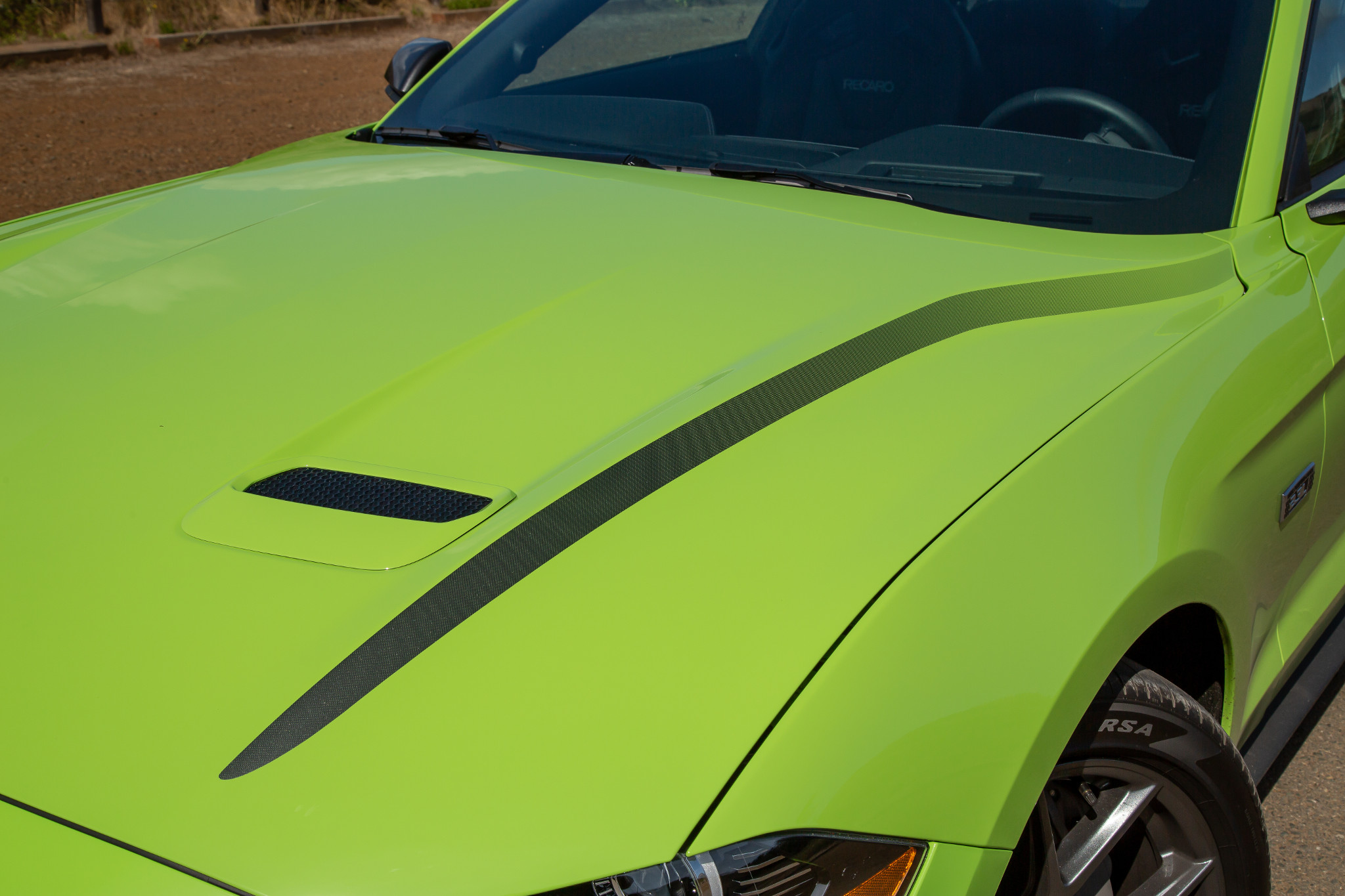 Here’s a sticky situation. When you add up the cost of the HPP — and our highly recommended EcoBoost Handling Package — the four-cylinder Mustang is about the same price as the GT model. True, you get better fuel economy and sharper handling with the four-cylinder model. But in the muscle car world, it turns out the Mustang HPP’s biggest rival lurks within its own model range.

3. Not One for the Carpool

While we didn’t touch upon the subject in our review, let’s not forget this Ford remains a sports car at heart. The ride and handling are fine for daily driving, but cramped rear seating and limited cargo capacity do present some evident limitations. If you crave Ford turbo power in something roomier, the 335-hp Ford Edge ST is always available. 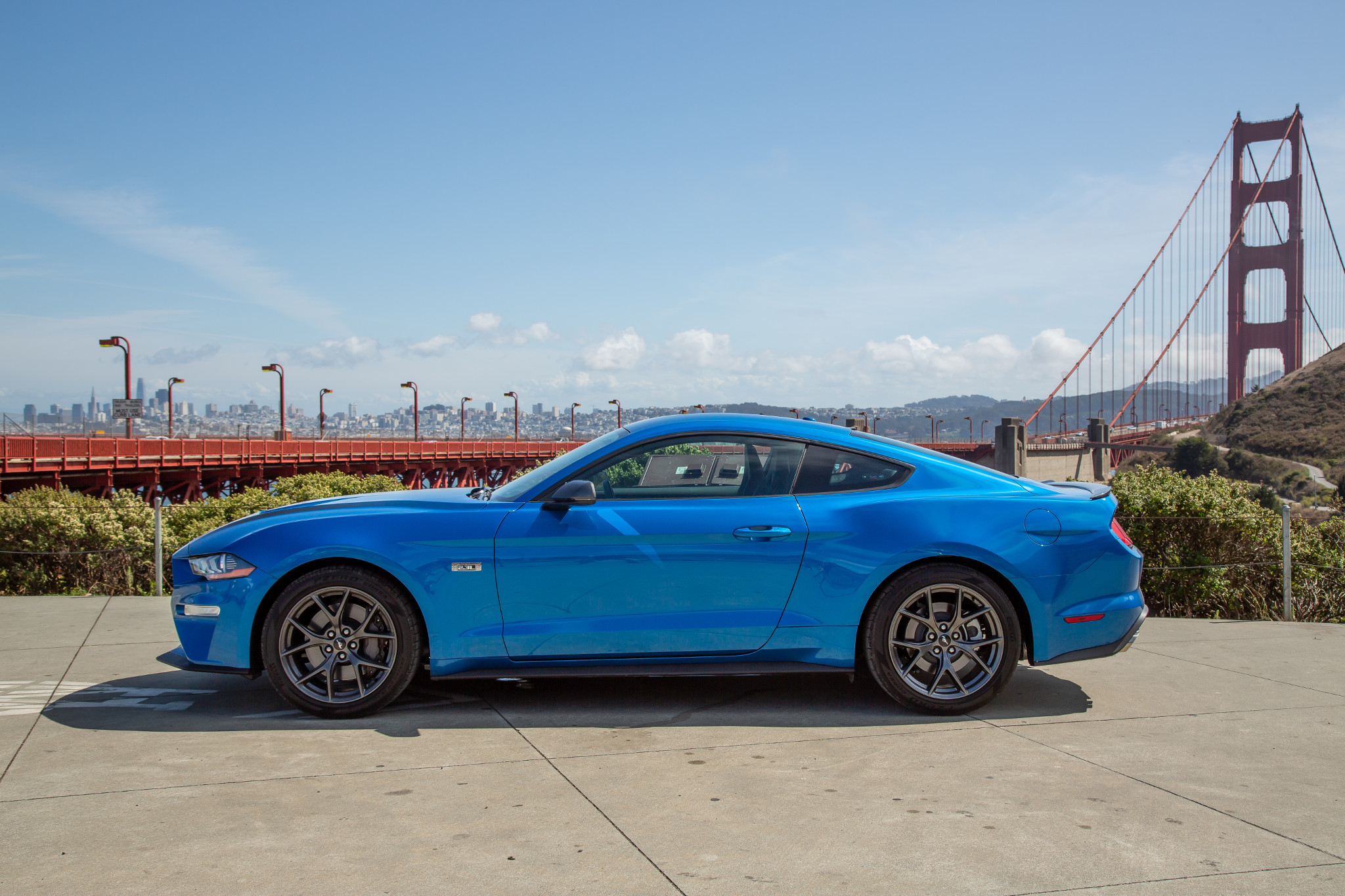