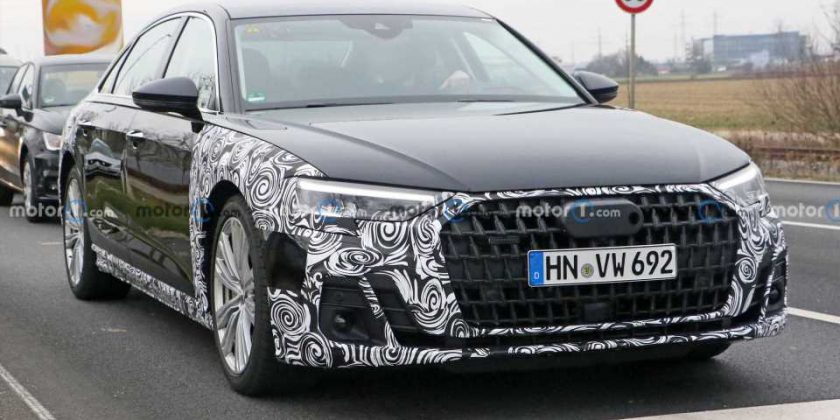 Our spies caught two prototypes, one of which had redesigned headlights.

It feels like it’s been forever since we last talked about the A8 so we’re glad our very first spy shots of 2021 depict Audi’s flagship car. Our spies caught not one, but two prototypes of the facelifted version with the camouflage covering the bumpers and quarter panels while showing a bit of what’s coming for the mid-cycle update.

There are actually quite a few changes planned as we can see the test vehicles had a redesigned front grille with different patterns not currently available on the A8. Of the two prototypes, the one carrying a license plate ending in “692” is the more interesting as it appears to be a plug-in hybrid judging by the yellow high-voltage sticker. 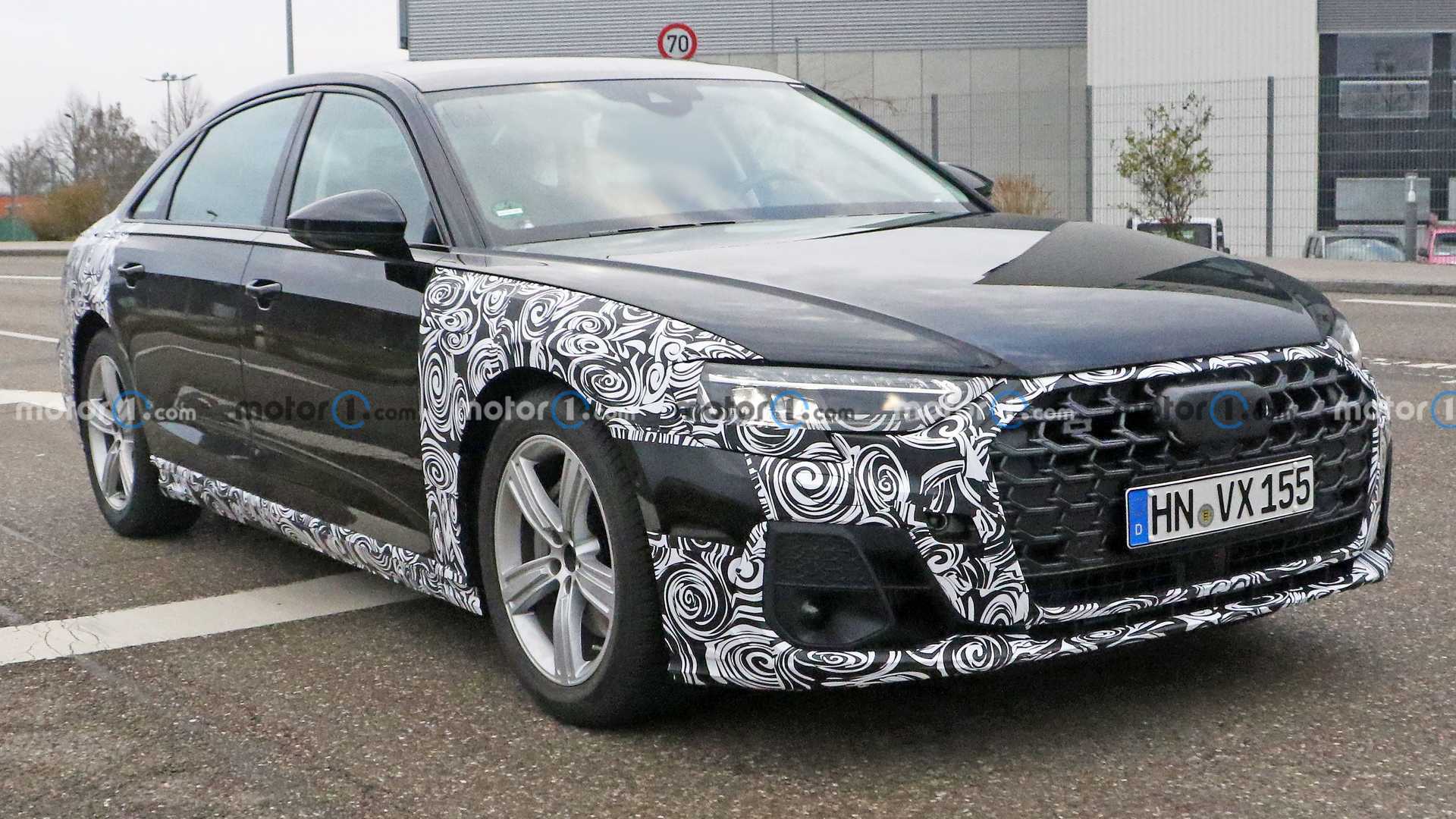 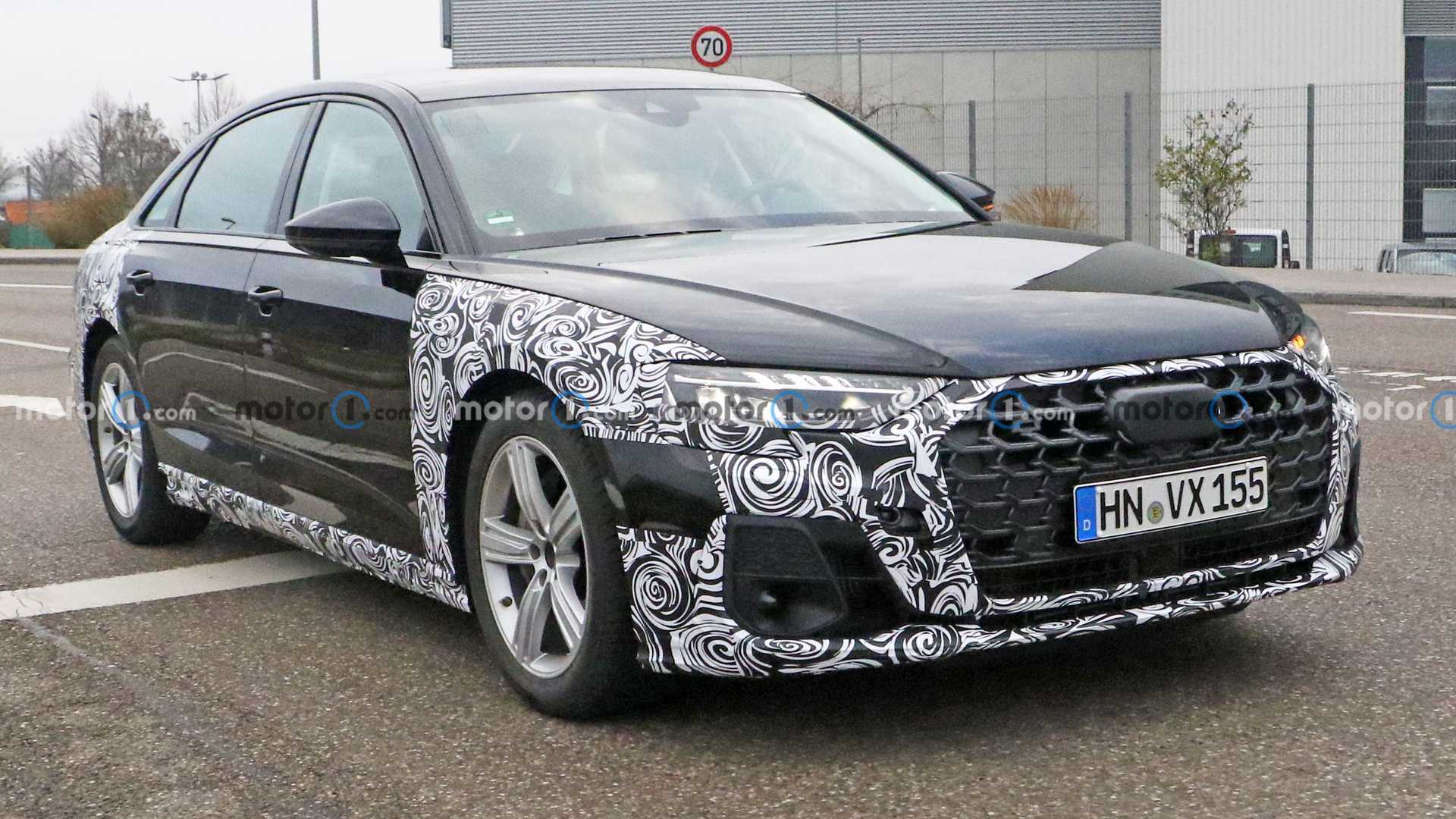 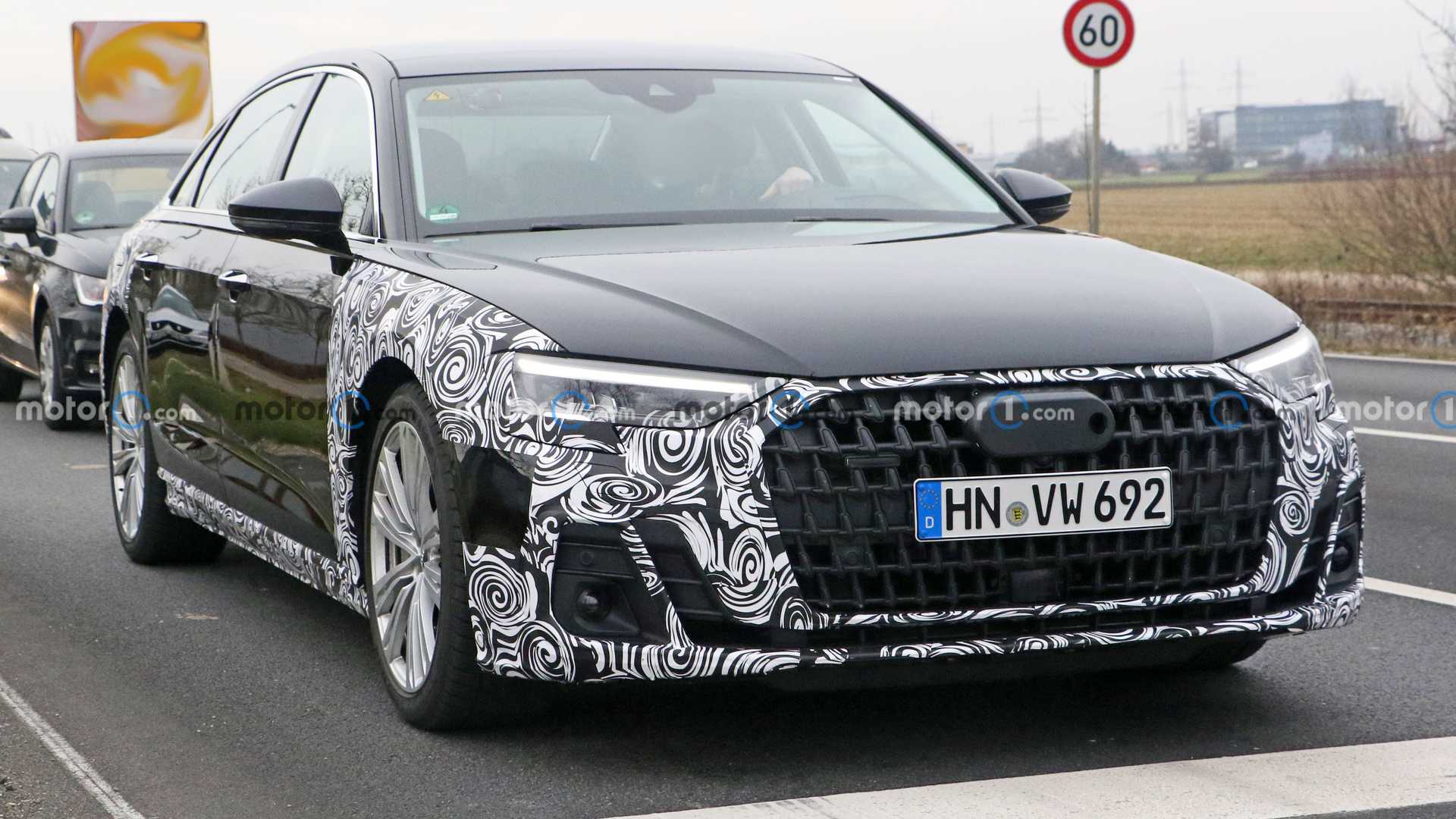 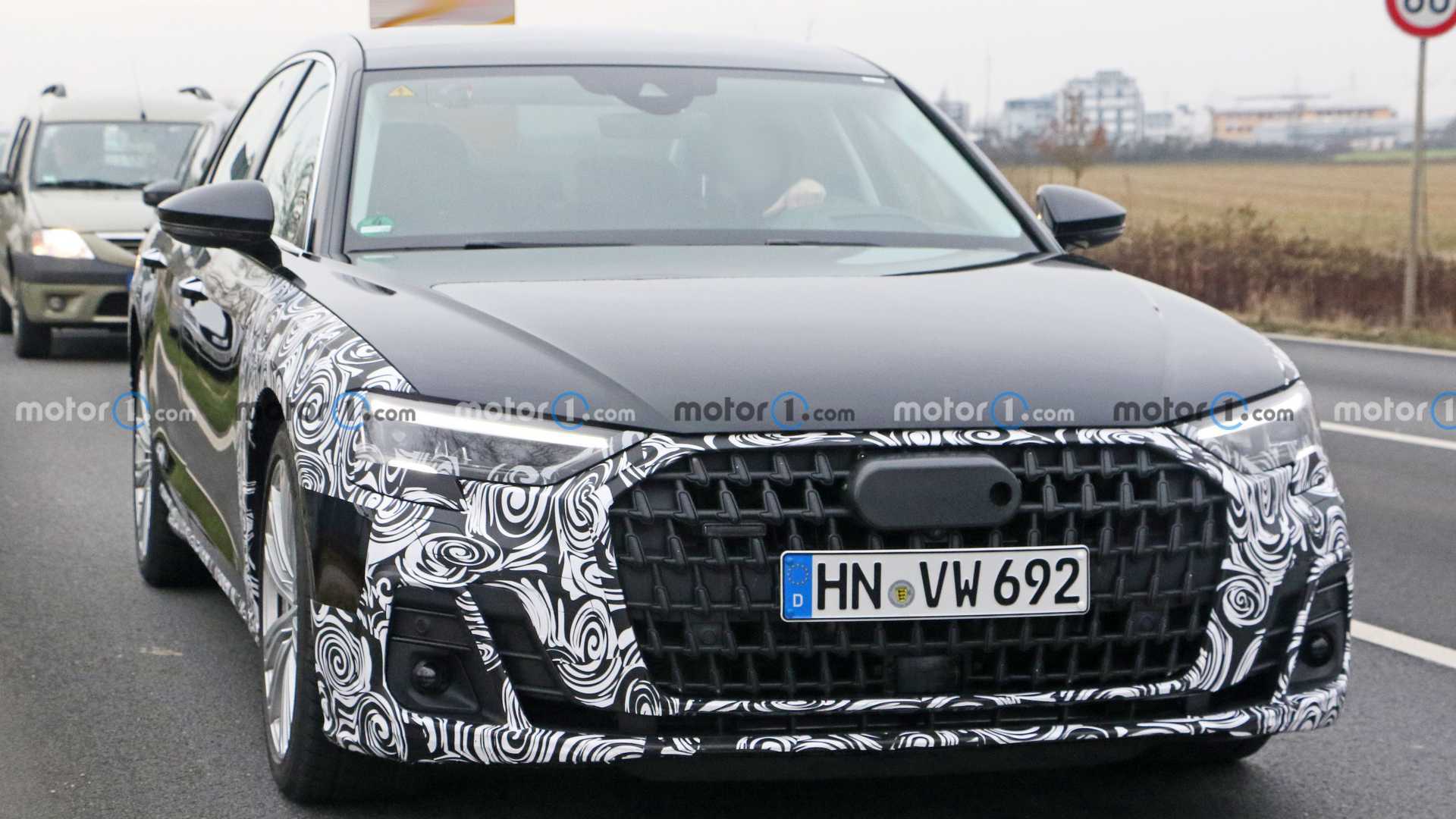 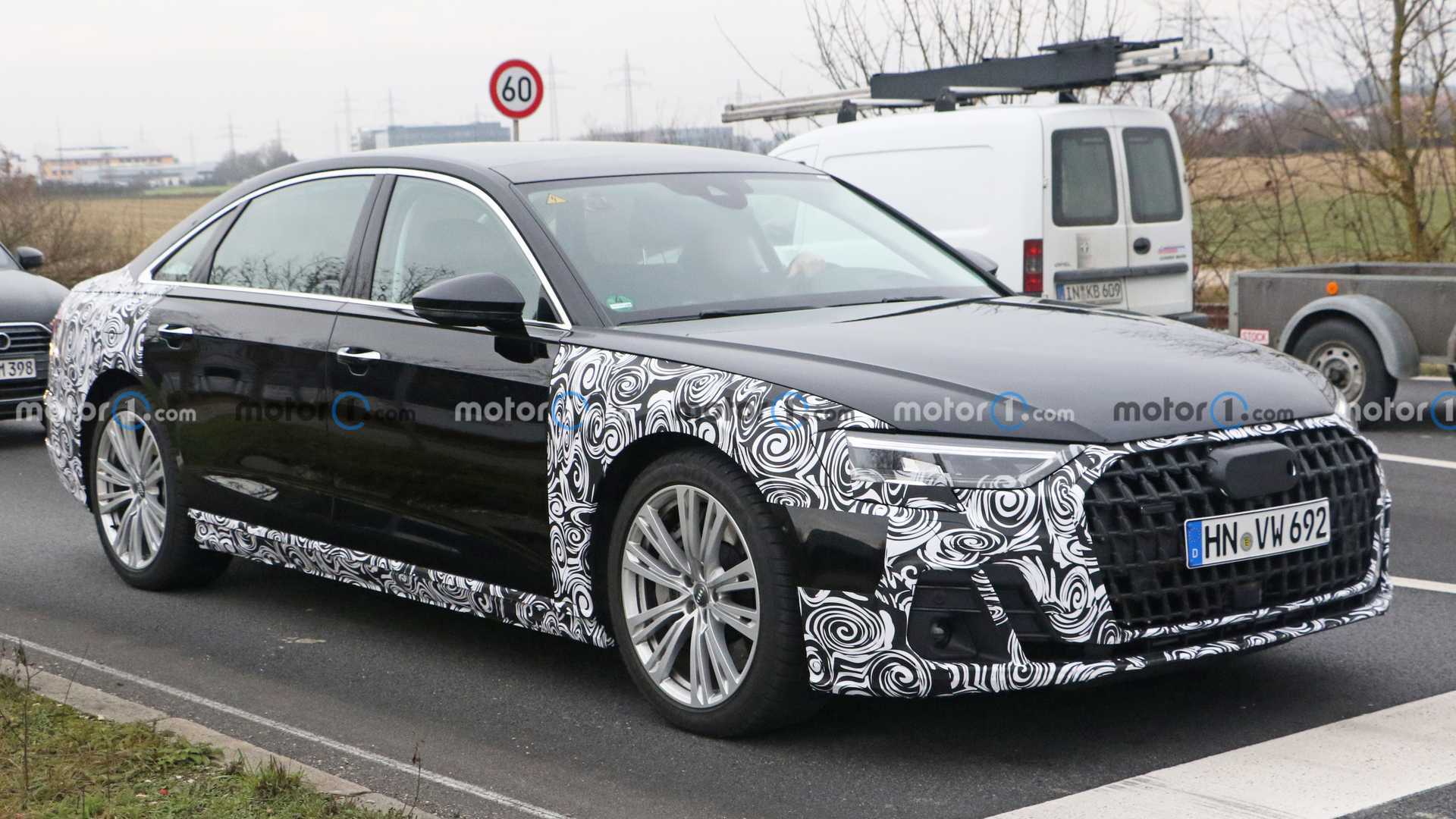 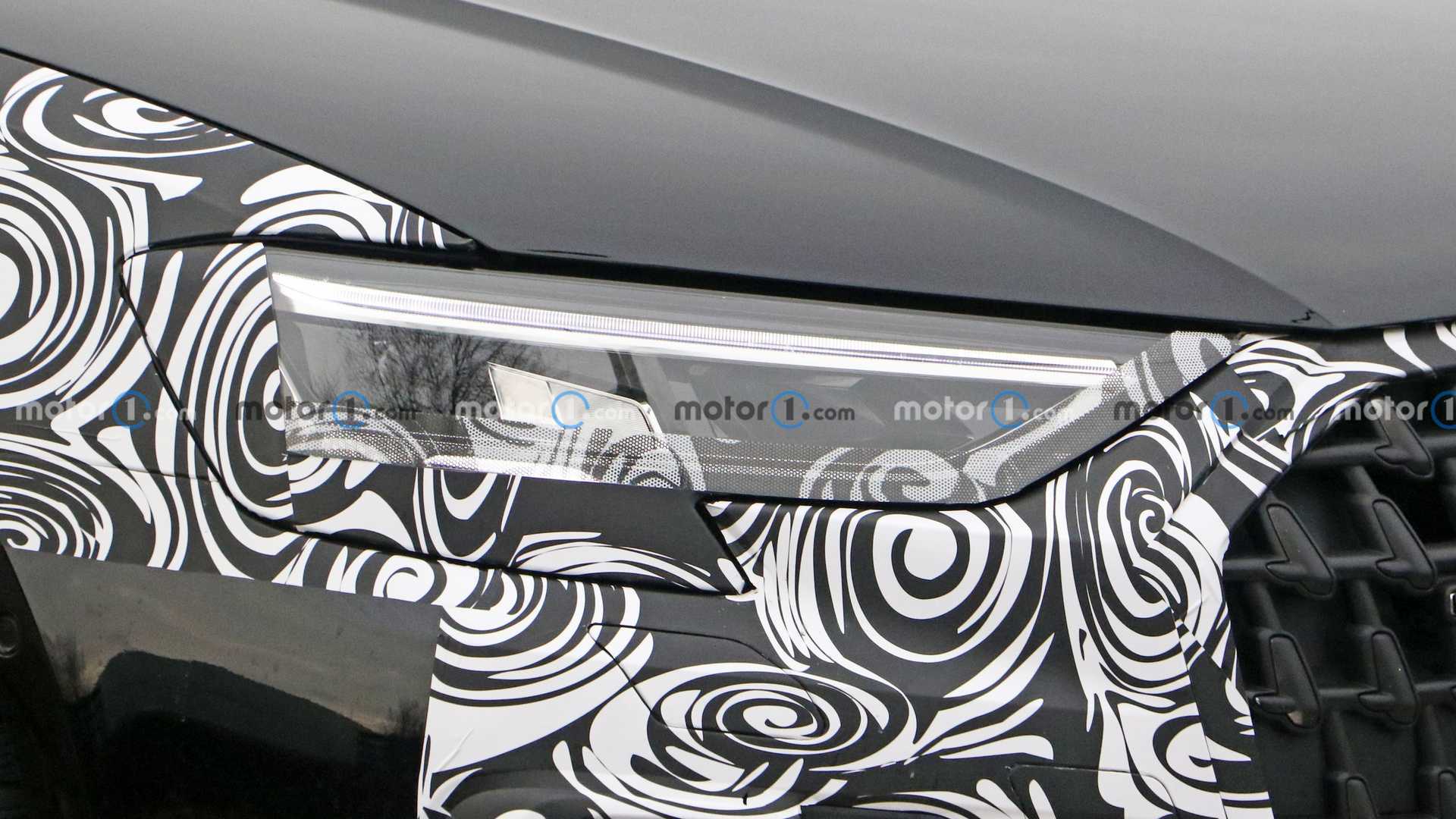 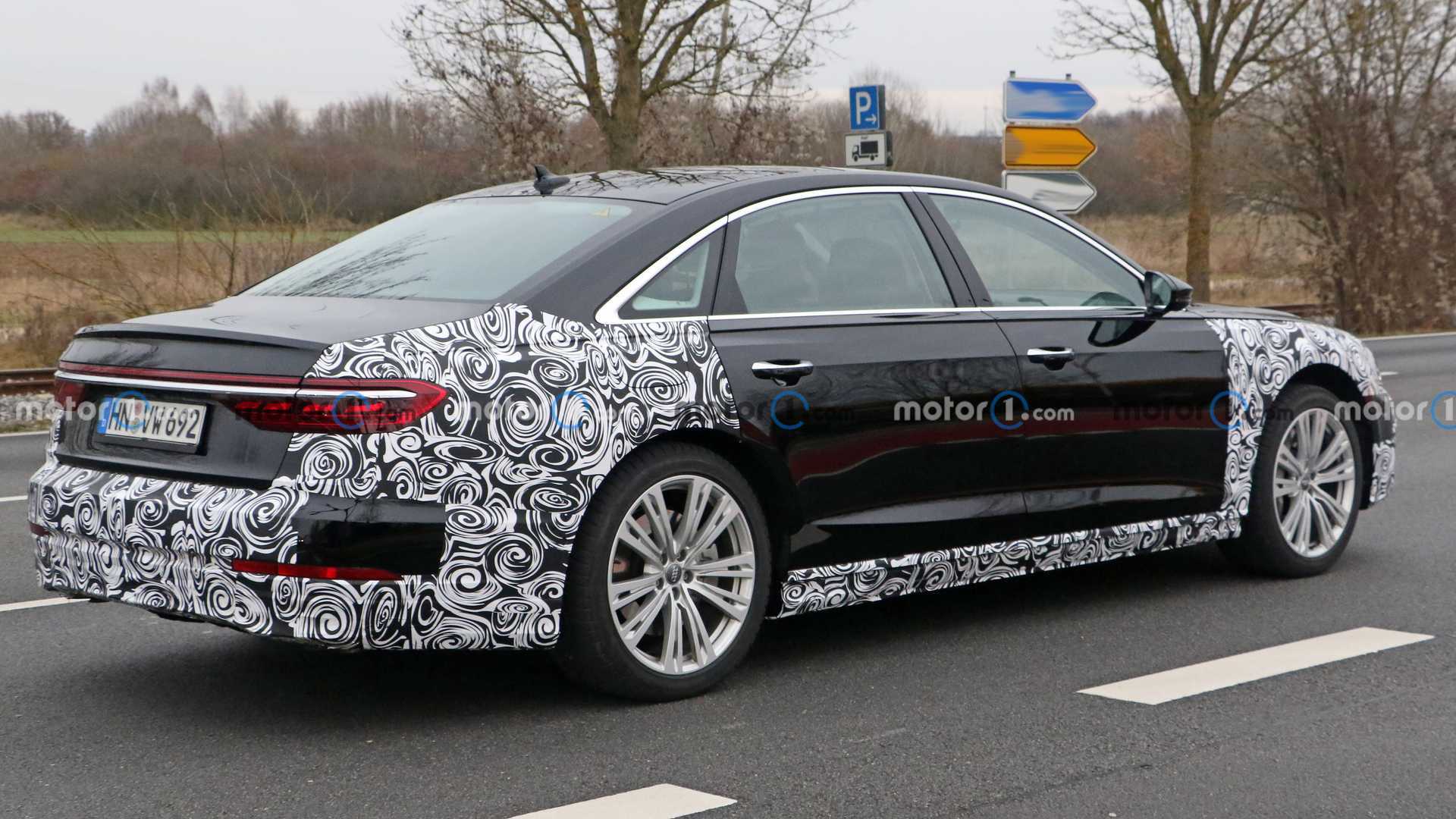 We’re tempted to believe the electrified prototype is a high-end version with the optional matrix LED headlights equipped with laser technology. The shape of the front lighting clusters has changed and it appears to be more in line with the A3’s headlights, but the lower section is wider to better fit the A8’s bigger front fascia.

The daytime running lights that double as the turn signals have been moved to the top of the cluster for both the standard and optional headlights. At the back, the taillights carry over the same shape but with new graphics that differ from one prototype to the other. Chances are the A8 facelift will feature digital OLED taillights as originally seen on the revised Q5 last year.

Audi has ruled out making a fully electric A8 based on the sedan’s current generation but has promised to extend the electric range of the PHEV model. We also know the promised level 3 semi-autonomous driving system is not on the agenda anymore, although being the firm’s range-topping model, the facelift could come with upgraded assistance systems.

Perhaps the most important novelty will be the revival of the Horch moniker for an ultra-luxurious version. Announced back in May 2019, the fancy A8 is going to compete with the Maybach S-Class and will reportedly get bespoke Horch badging, unique wheels, and a higher level of equipment. It could also be a last hurrah for the W12 as Audi has announced the current-gen A8 will be the company’s last model to feature the twin-turbo 6.0-liter engine.

The wraps should come off later this year to help Audi put up a better fight against the all-new Mercedes-Benz S-Class.